Spied - VW Up! to commence testing in China very soon

The VW Up! is preparing to grace Brazilian roads by October with regional differences in the design. Meanwhile, the baby VW was spied on board a flatbed truck in China very recently. 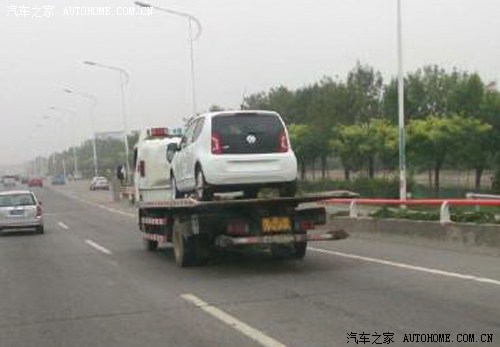 These spyshots were short near the port of the Tianjin, China. A VW official has said that a market research was being conducted to study the possibility of introducing the Up! in China.

The Up! spied in China is the three-door version. It appears as though this Up! has just landed in China as there is no visible camouflage or any China specific modifications. For Brazil, VW is introducing the Up! with a steel tailgate and a slightly longer C-Pillar to facilitate a better boot space. It remains to be seen what changes VW China would incorporate. 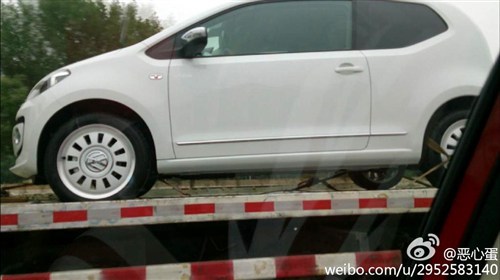 The Up! is powered by a 1.0-liter three-cylinder engine and is available with two power outputs: a base 60bhp and a top-end 75bhp. Three and five-door versions of the Up! are available not to mention many variant line extensions such as the Cross Up!, Groove Up! and the Cheer Up!

So there are a lot of permutations combinations for launching the Up! in the vast Chinese population. Question is, what is VW going to bring? 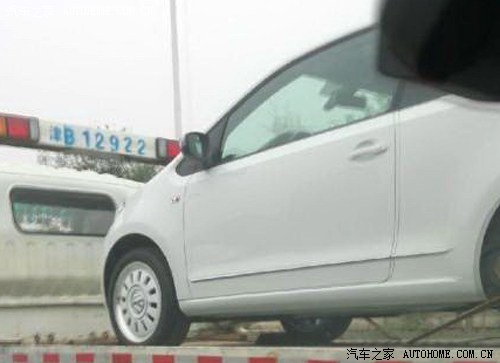 As we mentioned earlier, VW India has no immediate plans of bringing the Up! to our market.