Whenever the name KTM is mentioned, it reminds every bike enthusiast of a renowned brand of fascinating off-road as well as road racing bikes. Since its launch in the 1930s, KTM has held its title as one of the most recognizable European motorcycle brands. Read up on this category by Indianautosblog to get further details about KTM and its models.

KTM is an Austrian motorcycle brand that was founded in 1934. From 2007 to present, KTM has been a subsidiary of KTM Sportmotorcycles AG co-owned by Pierer Mobility AG and the Indian manufacturer Bajaj Auto. Bajaj Auto is now taking over the production and distribution of KTM products in India and some Southeast Asian countries.

Headquartered in Mattighofen, KTM manufactures and assembles 45% of all its products at Bajaj’s production plant at Chakan in Maharashtra. As of August 2020, KTM products show up at a total of 233 dealerships spreading across 114 cities in India.

Since 2012, KTM has been recognized as Europe’s largest motorcycle manufacturer for four consecutive years. Regarding off-road motorcycles, it is the world-leading manufacturer which is well-known for the tagline “Ready to race”.

- Logo meaning: Since 2003, the KTM logo features the capitalized lettering “KTM” that is the abbreviation of the founders’ names - Kronreif & Trunkenpolz Mattighofen. The wordmark is coloured black and placed in orange background. This makes the logo look masculine and min, reflecting the values of speed and high quality. Also, the simplicity of the colouring scheme adds a sense of expertise and luxury to the brand.

- Recent sales unit: KTM has reported its global sales of the FY2020 reached 2,80,099 units; especially, the sale volume from Indian and Indonesian markets has accounted for 24% out of the total sales. This has marked a staggering 7.1% growth from 2,60,211 units of the FY2019.

KTM currently offers 8 models to the Indian motorcycle market comprising 7 sportbikes and 1 off-road bike. There are 9 upcoming models about to launch by 2020-2022. Let’s refer to the table of ongoing and upcoming models of KTM.

The 200 Duke is priced at Rs 1,76,84 and available in only one variant. Customers can choose between two colour options - Ceramic White and Electronic Orange.

The KTM 200 Duke is a naked motorcycle which brings about a breath of fresh air to the performance motorcycling in India. The 200 Duke creates an overwhelming first impression because of the aggressive appearance. Its body flaunts a sleek headlamp at the front, a muscular-looking fuel tank and the exposed rear mono-shock, showing a raw and powerful look. Powered by a BS6-compliant 199cc motor, the 200 Duke gets its horsepower of 25PS at 10,000rpm and 19.3Nm at 8000rpm. The engine comes mated to a six-speed transmission, which enables the bike to accelerate from 0-60km/h in four seconds and reach the maximum speed at 135km/h. The braking system is operated by the 300mm front and the 230mm rear Bybre discs with the support of the dual-channel ABS.

The KTM 390 Duke is considered one of the best 350cc motorcycle in the Indian market thanks to the excellent features in the price segment. It is a naked bike that also has an aggressive and sinewy appearance. Its sharp presence is characterized by the LED headlight and expanded long tank. Apart from the cosmetic effect, the design of the 390 Duke serves specific functions thanks to wide, flat handlebars. It is a well-equipped bike that comes packed with cutting-edge features such as a colour TFT display, Bluetooth connectivity and a bi-directional quick shifter. 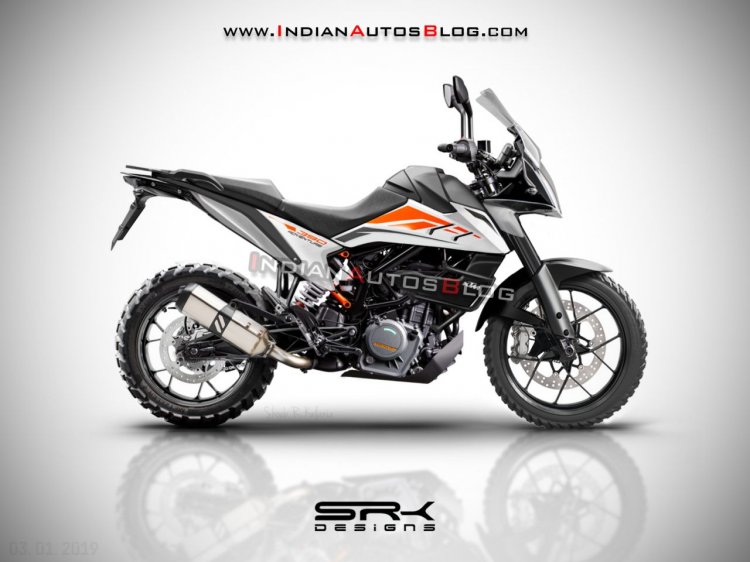 The latest version of the 390 Duke gets a BS6-compliant 373cc single-cylinder liquid-cooled motor which produces 42.90bhp at 9,000rpm and 37Nm at 7,000rpm. A 6-speed gearbox is combined with the engine. The braking duties are done by a large 320mm rotor used the ByBre four-piston radial caliper at the front and a 230mm disc combined with a single-piston floating caliper at the rear.Als

The RC200 is priced at Rs 2,00,864 for only one variant and is available in two colour options: Silver Metallic and Ceramic White.

The KTM RC 200 is the first fully-faired bike that the Austrian brand offers to the Indian market. Therefore, it has been favoured among many Indian bikers ever since its launch. The bike is designed with a sharp and edgy concept featuring angular lines all-around. Also, the funky graphics adorned across the body heighten the appeal of sportiness and fashion. 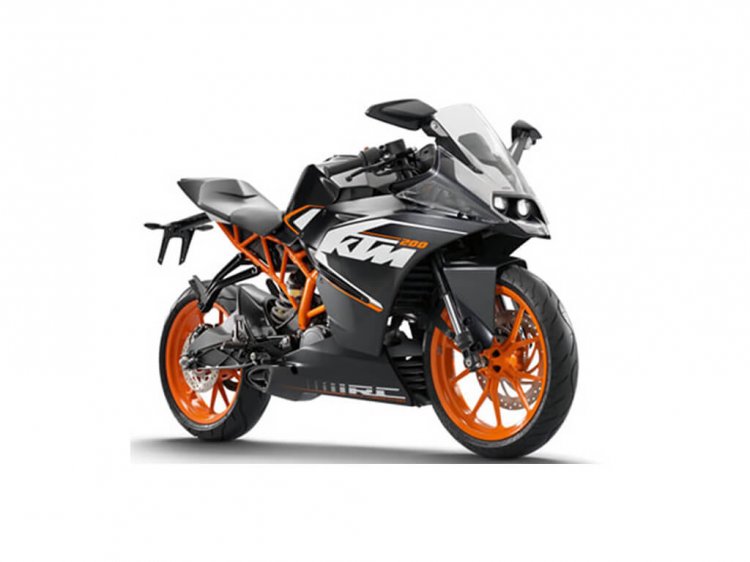 The RC200 employs a BS6 199.5cc liquid-cooled single-cylinder engine that generates 25PS and 19.2Nm. The engine comes paired with a 6-speed gearbox. The RC200 is credited with the trellis frame which gives brilliant handling dynamics. The suspension system is composed of a USD fork and a monoshock at the rear. The 300mm front disc brakes and the 230mm rear brake are distributed on either end of the bike to operate the braking system.

It would not be an exaggeration when saying the sporty design and the high performance of KTM’s bikes befit the tagline “Ready to race”. Since its entry in 2012, KTM’s lineups have been winning hearts and accolades across India as they strike a balance between performance and design – at a budget. Hence, KTM is considered one of the toughest rivals to big brands such as Lightning Motorcycle, Yamaha Motor, Hero MotoCorp, Zero Motorcycles and KMC. Keep checking out this category regularly to get the latest news about KTM from Indianautosblog.