Ford, one of the leading carmakers in the world, is reputable for its vehicles with innovative safety features, critically acclaimed designs and ecoboost engines for a mass-market everyday consumer. Let’s check Indianautosblog to get further details to know what's going on in Ford's Garage.

Ford India Private Limited first began its production in India as a subsidiary of Ford Motor Company of Canada in 1926 but it  was closed down in the 1950s. Ford re-entered India in October 1995. At that time, Ford was one of the first automobile companies to infiltrate into the Indian market in the early 1990s when India liberalized the economy. Ford India Private Limited's headquarter is located in Sholinganallur, Chennai, Tamil Nadu.

Ford India's main manufacturing plant is located in Maraimalai Nagar. The company has attracted 19 world-class supplier manufacturers as early as March 2012. It has the capacity to manufacture 100,000 vehicles per year.

As of April 2016, there are over 376 sales and service outlets of Ford in 209 cities nationwide. Ford India currently exports 25 percent of its car production to many countries, notably the United States, Canada, Mexico, Saudi Arabia, South Africa, etc.

- Logo meaning: Ford logo is a smoothed oval figure structured in a few shades of blue and white hues. The renowned snazzy Henry Ford mark is implanted into the oval. The utilization of blue shading in the Ford logo represents quality, greatness and beauty of the organization, though the white shading portrays honorability, tastefulness and immaculateness.

- From October 2019, Ford India is transformed into a joint venture between Ford and Mahindra. Both Ford and Mahindra continue to have their separate brands and dealerships in India, but vehicles are co-developed and the companies will strategically manufacture vehicles for each other.

Up to now, Ford has offered 5 car models in India. Of all, the Ford EcoSport, Ford Endeavour, Ford Figo are the most popular ones in their lineups. The cheapest model is the Figo, while the Endeavour is the most priced. For the years to come, Ford will launch the Mustang 2021, EcoSport 2020.

The Freestyle decorates Ford's most recent grille plan that is set to advance toward the forthcoming Figo and Aspire facelift too. The grille is sleeker than previously and the new work design looks energetic with a dim dark completion on the Freestyle. The headlamps have been extended, but with unobtrusive changes. By and large, the front profile looks striking and more honed than the Figo. Notwithstanding, the Freestyle looks chunkier than the Figo. The powerful body cladding, rooftop rails and the articulated guards work admirably, including a feeling of toughness. The dashboard of the Titanium+ variation gets a chocolate-and-dark completion. The earthy colored and-dark texture seat upholstery supplements the dashboard well. The all-climate elastic mats include a feeling of toughness as well.

The Ford Freestyle accompanies two BS6 motor choices: 1.2-liter petroleum (96PS/119Nm) and 1.5-liter diesel (100PS/215Nm). The two motors are mated to a 5-speed manual transmission. In any case, the eco-friendliness of the two motors has diminished after the BS6 update. The petroleum motor has gone down from 19kmpl to 18.5kmpl, while the diesel motor's eco-friendliness presently remains at 23.8kmpl when contrasted with the past figure of 24.4kmpl.

The revived front belt looks more toned than the past model. The supports in the grille have cleared a path for a working design and the Blu variation gets a polished dark completion, while the lower Titanium offers chrome. The headlamps remain multi-reflector units, yet are smoked and highlight a somewhat extraordinary inside enumeration. 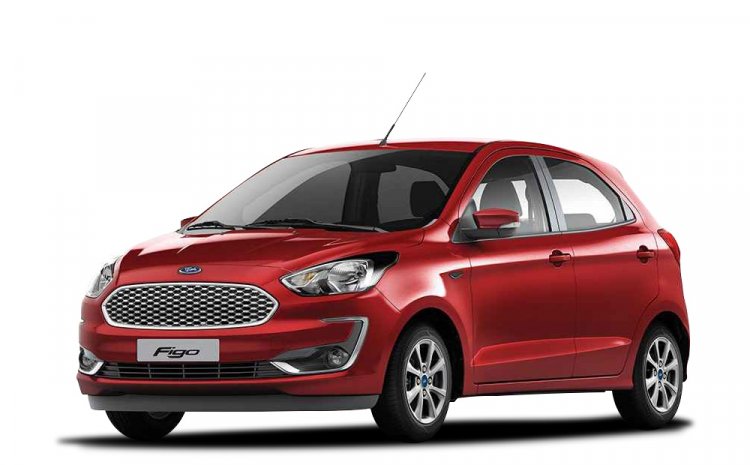 The interior of the Figo is to a great extent continued from the pre-facelift model. The lodge of the Titanium Blue variation is all-dark. There are blue accents on the ways to supplement the outside subject and the dull upholstery highlights differentiating blue sewing. There's another 7-inch capacitive touchscreen infotainment framework (likewise accessible with lower variations of the Aspire and Freestyle), downpour detecting wipers, programmed headlamps and a cowhide wrapped controlling wheel. The screen is additionally not as splendid and fresh as the SYNC 3 unit, yet is responsive and highlights work in route and Bluetooth network just as backstopping camera support.

The Figo gets Ford's most recent BS6-consistent 1.2-liter petroleum motor producing 96PS of intensity and 119Nm of force mated to a 5-speed MT. The 1.5-liter diesel motor has additionally been refreshed to be BS6 consistent as it resolution the Aspire and EcoSport models also. It keeps on delivering 100PS and 215Nm with a 5-speed MT. The Figo's mileage has gone down with the BS6 refreshes, from 20.4kmpl to 18.5kmpl and from 25.5kmpl to 24.4kmpl for the petrol and diesel variations separately. It passes up a programmed alternative for the present. 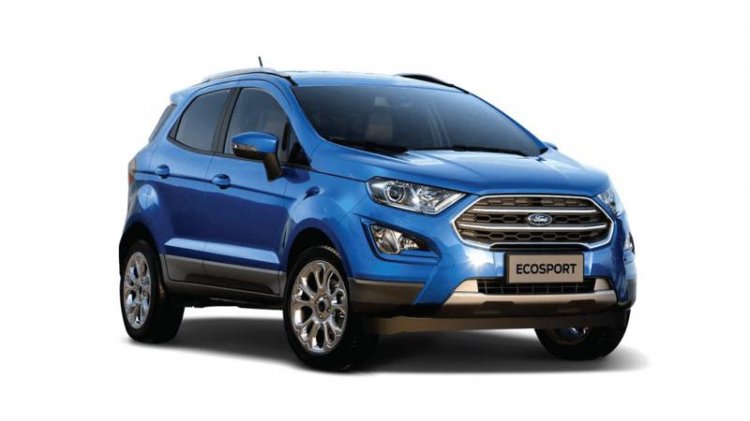 Ford EcoSport is offered with a decision of two 1.5-liter motors: a petroleum unit (122PS/149Nm) and a diesel unit (100PS/215Nm). While the petroleum is equipped with  a 5-speed manual and a 6-speed programmed gearbox, the 1.5-liter diesel just gets the 5-speed manual alternative. The 1.5-liter petroleum motor has an asserted eco-friendliness of 15.9kmpl with the manual transmission and 14.7kmpl with the programmed gearbox, while the diesel model offers a guaranteed mileage of 21.7kmpl.

Ford India has made enormous success in the Indian market as its vehicles are well-rated among Indian customers thanks to its quality and reliability. Keep updated with our latest news to make a nice buy!