Giving a whole new meaning to refinement and reliability in the Indian motorcycle industry, Honda has long been perceived as a fierce competitor to large motorcycle manufacturers like Hero Bikes, Bajaj Bikes, TVS Bikes Royal Enfield Bikes, etc. Check out this category regularly since Indianautosblog will bring you the latest news about Honda Motorcycles.

Founded in 1948, Honda Motor Co., Ltd. is a Japanese automotive manufacturer, best-known for its automobiles, motorcycles, and robots. The company has specialized in motorcycles since its starting point, and until the 1960s the company paid attention to the automobile industry. Honda has been one of the world’s largest motorcycle manufacturers with the production volume reaching 400 million-unit milestone by the end of 2019.

Headquartered in Minato, Tokyo, Japan, Honda is now a global enterprise that manufactures at 33 plants in 22 countries. Especially, this company has four India-based manufacturing facilities located in Karnataka, Haryana, Gujarat and Rajasthan.

Honda had penetrated into the Indian motorcycle market by offering diversified lineups under its portfolio and then increasing its sale volume and service points across the country. As of July 2020, Honda has a total of 2041 dealerships spread across 687 cities in India. This company has gained popularity among Indian customers for the handling, reliability and innovation of their vehicles and pioneering the scooter segment with the launch of the Activa.

Honda SP 125 is the first model to be manufactured in compliance with the updated BS6 emission norms and Honda’s second BS6-compliant motorcycle to go on sale in India. This motorcycle has an edgy and sharp design featuring the all-LED headlight, the muscular fuel tank and sculpted extensions noticeable graphics. Besides, the exhaust muffler used a part chrome shield gives the SP 125 a premium feel. The bike is equipped with other notable features including average efficiency, gear position indicator, fully-digital instrument cluster and an engine kill switch. Using a new 124cc single-cylinder fuel-injected motor, the SP 125 can perform at 10.8PS at 7500rpm. The engine is mated with ACG (alternator current generator) starter to help it be silently cranked. In terms of suspension, there are a telescopic fork and twin shock absorbers, which enable the vehicle to cease using a 240mm disc/130mm drum up front and a 130mm drum at the rear by CBS standard.

The Honda SP 125 is priced at Rs 73,452 with two variants - a front disc brake variant with CBS and the drum brake with a combined braking system (CBS).

Honda Shine, one of India’s most sought-after 125cc motorcycle, has enjoyed a substantial sale volume since its launch. This bike has a stylish body with distinctive 3D emblem graphics on the fuel tank. Moreover, a chrome cover for the exhaust and the carburetor as well as the metallic details at the front and at the rear lend this bike a touch of premium-ness. Compared to other models in the segment, the Shine 125 has the basic instrumentation with a twin-pod cluster showing minimal information such as fuel gauge and speed. 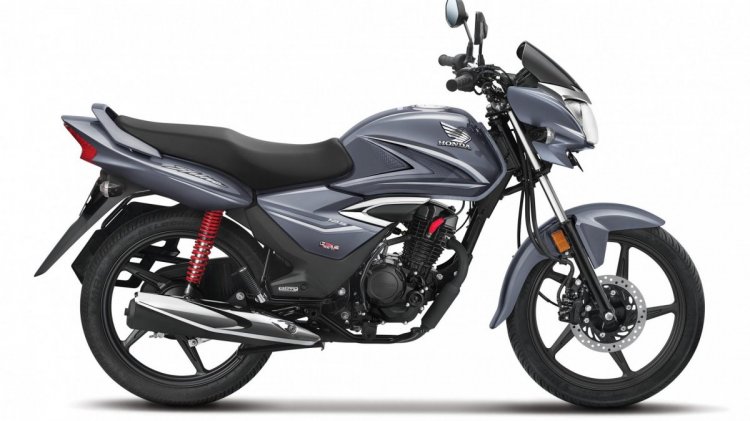 The bike is powered by the 124cc single-cylinder air-cooled fuel-injected engine which manages to pump out 10.7PS and 11Nm. This engine gets a 5-speed gearbox and Honda’s ACG silent starter option. There are twin preload-adjustable shocks and a telescopic for suspension. These suspension bits allow drivers to either opt for a 130mm drum brake or a 240mm disc for the front while a 130mm drum which is the figure of the rear is common on both trims.

The Honda Activa 125 is the first BS6-compliant two-wheeler in India, which has proved that Honda Motor is always ahead of the curve in adhering to the everchanging Indian automobile laws. It is also one of a few premium 125cc scooter offered in India. While its silhouette remains the same as that of its predecessors, the Activa 125 gets a slightly revised design with longer chrome side panels, and the beak receiving a slight nip and tuck. The new Honda scooter comes packed with BS6 updated features including all-LED headlamps, a pass light switch, side-stand engine immobilizer and an external fuel filler cap. In addition, a new semi-digital instrument console showing distance-to-empty readout as well as the average and real-time fuel efficiency also ensure pleasant driving quality. The Activa 125 is armed with a brand-new 125cc fuel-injected motor that churns out 8.29PS and 10.3Nm. This engine gets the CTV transmission and an ACG starter generator, which makes it a fuss-free motorcycle. The new Honda 125cc scooter gets a telescopic fork and a mono-shock which are similar to the BS4 Activa 125. The combined braking system enables the scooter to come to a halt with either a 130mm drum or a 190mm front disc at the front and a 130mm drum brake at the rear.

You may want to read: How different is Honda Activa 125 BS-VI.