As a leading two-wheeler maker in India, Bajaj is best known for making good-looking bikes. The quality and reliability of Bajaj motorbikes have helped the company to earn a big success nationwide and worldwide. Check out this category for the latest news about Bajaj.

Bajaj Auto Limited, a part of Bajaj Group, is an Indian global two-wheeler company and three-wheeler manufacturing company. It manufactures motorcycles, scooters and auto rickshaws. It was founded by Jamnalal Bajaj in Rajasthan in the 1940s. Headquartered in Pune, Maharashtra, Bajaj India now possesses three plants located in Chakan (Pune), Waluj (near Aurangabad) and Pantnagar in Uttarakhand.

As of 2008, Bajaj had operations in 50 countries, and its bikes are focused on entry-level buyers.On May 2015, its market capitalisation was ₹64,000 crore, making it India's 23rd biggest traded company by market value. In 2017, Bajaj Auto and Triumph Motorcycles Ltd joined up to manufacture mid-capacity motorcycles.

The logo is composed of two V-like figures, positioned horizontally with their side crossing each other. The Bajaj logo resembles a flying fledgling, or like two bolts. The shading palette of the Bajaj logo continued as before — great blue with white, which represents soundness, reliability and authority of the organization. The white of the wordmark and seal is a festival of dedication and high-caliber of the brand's items.

The Bajaj Pulsar Twin was the first model to be launched by Bajaj on 24 November 2001. The first generation Pulsar had a 150/180cc two-valve, air-cooled engine.

Bajaj Pulsar 150 is offered in two variants, standard and dual disc. There are a total of six colors to choose from- Black Pack, Chrome Black, Laser Black, Dyno Red, Nuclear Blue, and Blue, exclusive for the twin-disc variant.

The new Pulsar 150 gets fatter 37mm front forks, a more drawn out wheelbase, a more extensive back tire, and a split-seat setup. It additionally gets a back circle alternative, split get rails, new hues, and invigorated designs. Moreover, it likewise gets a halogen headlamp with AHO (Automatic Headlight On), a LED taillight, and a semi-computerized instrument bunch that accompanies a clock and a trip meter. For slowing down, the bicycle comes furnished with a 260mm front plate and a 230mm back circle brake. Bajaj bicycle gets flared side bodyboards with a retro-looking front end. The headlamp and blinkers include LED units while the instrument bunch is a completely computerized LCD unit. The bike also gets smartphone connectivity and Bajaj will offer free data for the first year. This element utilizes Internet Of Things (IoT) to inform the proprietor on the off chance that the bike is messed with, or in the event that it doesn't charge appropriately. One can likewise check the bike's area, charge status, and remaining extent utilizing this component. 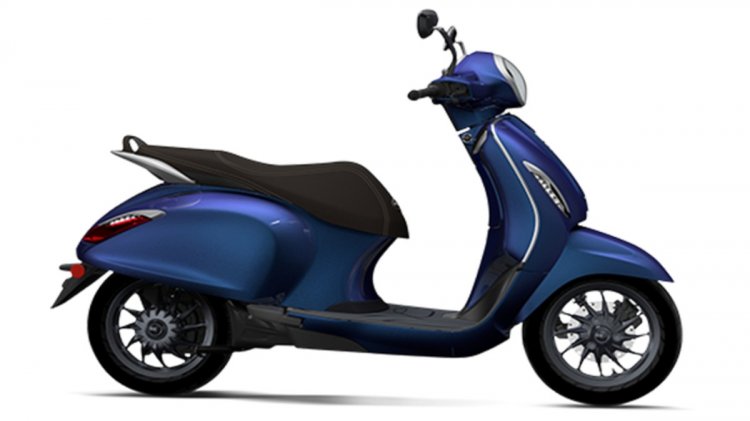 The greatest force remains at 16Nm. With a 60.3Ah lithium-particle battery, the bike offers an asserted scope of 95 km in Eco mode and 85 km in the Sport mode. It can be fully charged by means of a customary 5A power attachment in 5 hours, while a 25 percent charge can be accomplished in only 60 minutes. Bajaj will give a 3-year or 50,000km guarantee on the Chetak, including the battery. Its battery life is professed to last around 70,000km, while its administration span is set at 12,000km or one year.

The Avenger 160 comes in just a single variant and is available in two colors: Ebony Black, Spicy Red.

The Bajaj Avenger 160 Street has the regular attributes of the Avenger bicycle family - a low-threw seat, forward-set footpegs, raised handlebars, a raked-out front-end, and a bulbous fuel tank. You get a basic roundabout data group mounted on the handlebar. It is a simple speedometer with an advanced inset showing restricted data like a trip meter and an odometer. The fuel measure and a few other obvious lights are situated on the fuel tank, away from the rider's vision. 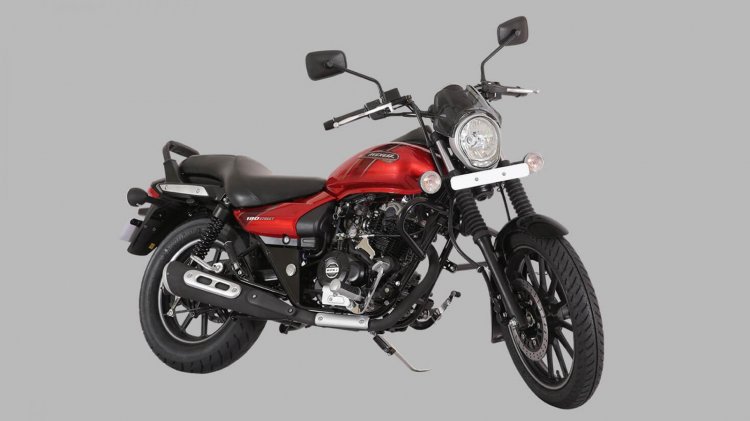 The Bajaj Avenger 160 Street is fueled by a 160.4cc single-chamber air-cooled engine. Bajaj has needed to pack this motor with a fuel-infusion framework to meet the BS6 discharge standards. Thus, the yield figures of the BS6 engine are 15PS and 13.7Nm, 0.2Nm more than previously. It comes mated to a five-speed gearbox.

Featuring state-of-the-art engines that provide incredible power and durability, Bajaj two-wheelers has claimed itself as a worth-buying product, ensuring the great comfort of a ride. Because of these strengths, Bajaj bikes are unavoidably competing with other famous brands such as Hero Motocorp, Suzuki, Honda, etc. Stay tuned to get the latest news about Bajaj and bike reviews by Indianaustoblog.