2017 Honda City snapped undisguised - This is it! [Update]

Update - Two further images of the Honda City in the pearl white body colour has escaped into the Thai web. 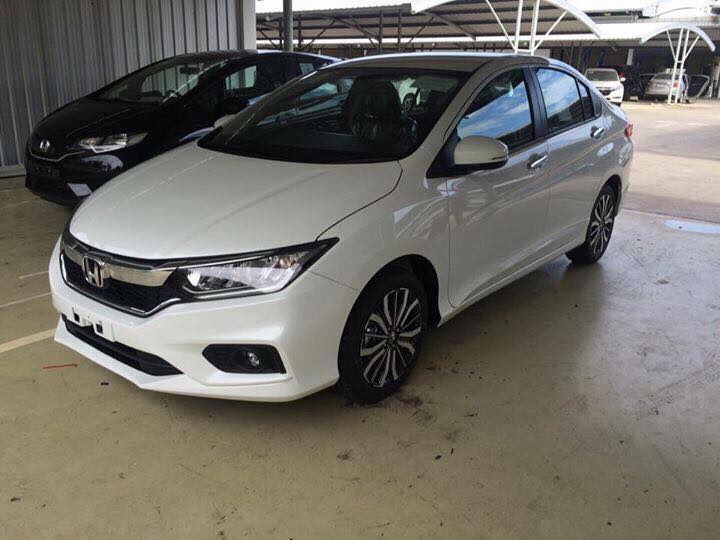 The refresh will be launched tomorrow in Thailand, and is not far out from Indian showrooms either, pictures from its TVC shooting spot today confirmed. 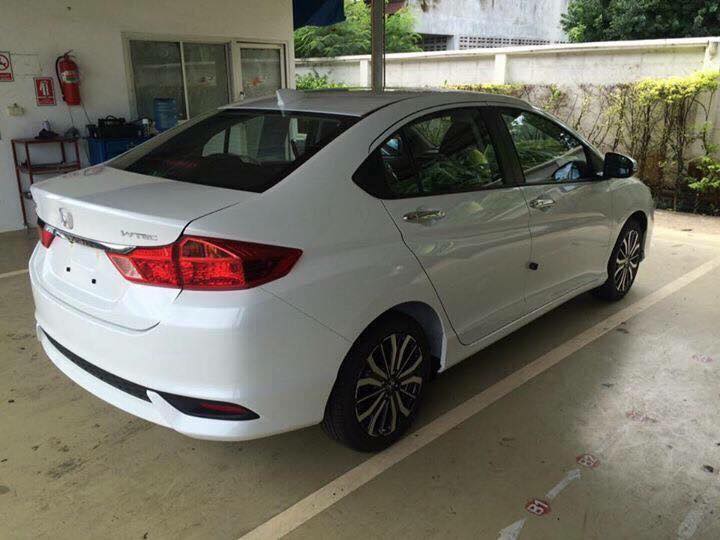 Will launch in Thailand on January 12.

The 2017 Honda City (facelift) has once again been spied undisguised leading to its Thai launch on January 12. Changes seen below will also be introduced in the India-spec Honda City as part of a mid-cycle facelift, which is reported to arrive this month.

As seen in previous spy shots as well as teasers, the 2017 Honda City features a thoroughly facelifted front-end that borrows design cues from the new Honda Civic. It gets new LED headlamps with bolder LED DRLs, new chrome grille that runs into the headlights like on the Civic, and a new bumper design with 3-part intake and fog lamps. Other than new 16-inch alloy rim designs and a redesigned rear bumper, everything else is similar to the outgoing model.

For the Thai market, the 2017 Honda City will continue to pack the 1.5L i-VTEC petrol engine capable of producing 120 PS at 6,600 rpm and 145 Nm at 4,600 rpm. However, the City will not get the BR-V petrol's 6-speed manual unit, retaining its 5-speed manual gearbox, while rest of the variants sport an EarthDreams CVT.

The India-spec Honda City will additionally come with the option of a 1.5L i-DTEC turbodiesel engine paired with a 6-speed manual gearbox, which produces 100 PS. It has also been reported getting a soft-touch dashboard and a new touchscreen system.