Could be based on the next generation R15.

The Yamaha MT-15 has been spotted in Indonesia again, wearing the same level of camouflage as the prototype that was snapped earlier. A new rendering of the naked R15 has also hit the web, bearing nothing more than a new colour scheme compared to the earlier (first) speculative rendering of the model. 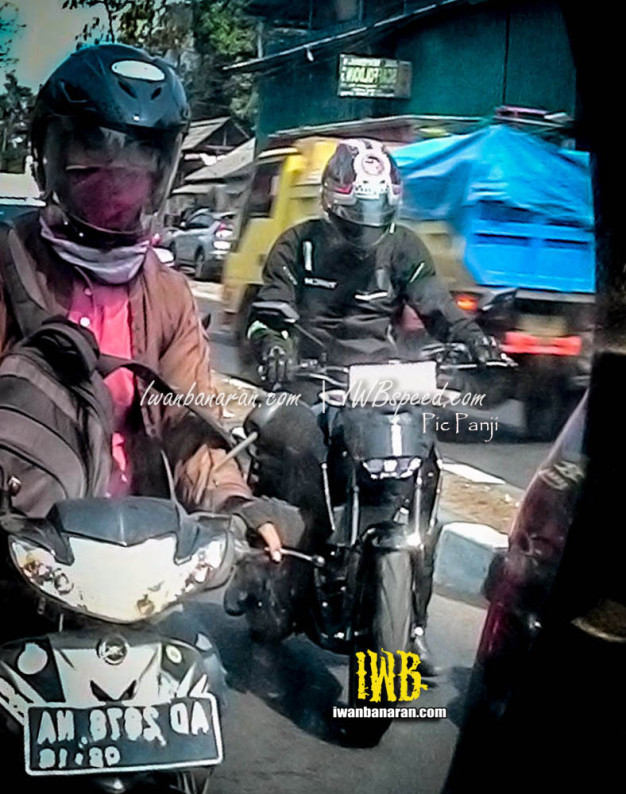 The Yamaha MT-15 is set to compete with the entry-level performance street fighters like the Honda CB150R in markets like Indonesia and Thailand. It is unclear if this product will be offered to India. The chassis and powertrain will be shared with the super sports variant, the Yamaha R15, which includes the Deltabox frame and the 149.8 cc single-cylinder liquid-cooled engine with 4-valves and SOHC, mated to a 6-speed gearbox. Given that there are hints on the Yamaha MT-15 test mule that suggest that it is based on the next (third) generation Yamaha R15, like the inverted telescopic fork, it is possible that if the same engine is retained, it could be retuned for higher power and/or torque. Currently, the motor dishes out 17 PS maximum power at 8,500 rpm and 15 Nm peak torque at 7,500 rpm.