Nissan India will be unveiling the updated Evalia tomorrow. However, the MPV has already started arriving at dealerships and here are the changes.

Though the variant-wise feature lineup is unknown, we can confirm that the top-end Nissan Evalia will get a rear wiper and washer. The design of the alloy wheels has also changed and the rims have been upgraded from 14-inches to 15-inches.

Most importantly, the new Evalia receives sliding rear windows! But the news is not completely good as Nissan have favored a different design compared to that of the Ashok Leyland Stile. Where the Stile's windows pull back to open, the Evalia's windows need to be pushed forward to open. As a result, the window opening area is limited compared to the Stile and we're told it takes extra effort to open them.

Captains seats will also be offered on the Evalia and the second row of seats will get roof-mounted blowers (not seen in these pictures, but confirmed nevertheless). A proper glovebox door will also be seen on the updated Evalia.

A new top-end variant called the XV-S will be introduced. This variant is priced at INR 10.55 lakhs (ex-Showroom, New Delhi), about INR 30,000 more than the XV variant. 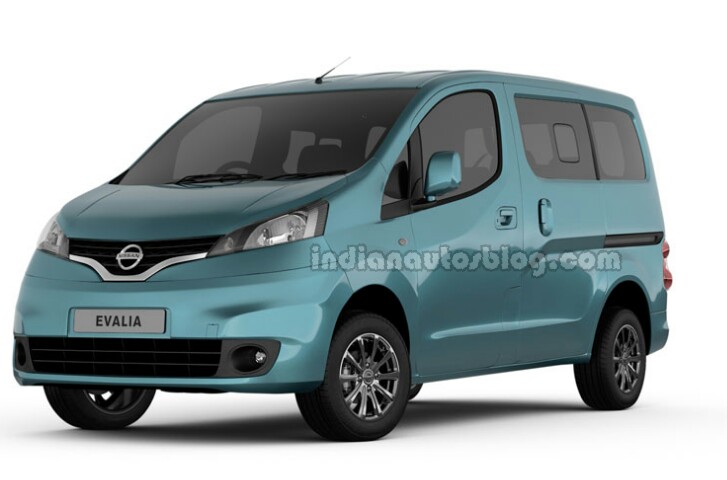 Sources have informed us that a price hike would be rolled out across the Evalia range. The exact nature of this price increase will be known shortly.

There will be no mechanical/engine changes in the updated Evalia.