The numero uno automaker in India - Maruti Suzuki - is going strong with the launch of the Ertiga. With 10,000+ booking mopped up, the Ertiga looks capable to dethrone the Innova.

Well there are many reasons for Maruti’s success. One of the strongest one is its rural market dominance. Maruti Suzuki, as a brand, has far reaching powers in rural areas. The rural market share of Maruti increased from 3.5 percent of total sales five years ago to 26 percent in 2012. But how did they manage more than 8 times growth in just 5 years? The answer is strong and sound rural marketing strategy.

Trak.in provides us an extensive insight on what Maruti Suzuki has done to capture the imagination of rural India. Here are the high points of the article: 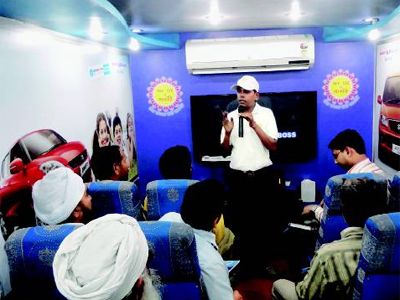 Smartly, the automaker is not just spending marketing rupees on rural people with low per capita income. Here’s an interesting snapshot of the kind of people that Maruti Suzuki is selling to

As you can see these are not farmers struggling to make a livelihood. These are well settled villagers who have the purchasing power to buy a car for their daily needs.

And in the future…

The rural market is a relatively untapped area for automakers. Maruti Suzuki plans to double the number of its outlets in rural India from the present 231 to around 450 in the next two years. Rural outlets will account for nearly 50 per cent of Maruti’s network (550 will be located in urban centers) compared with just around 35 per cent now. It plans sale centers in all towns with a population of over 50,000 people by 2015.

Don’t forget to head over to Trak.in to read the complete story!