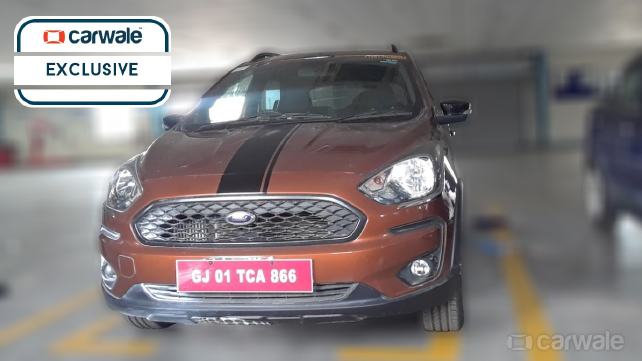 The Ford Figo Cross is an SUV-styled variant of the Ford Figo. Ford hasn’t confirmed the ‘Ford Figo Cross’ branding for the new derivative, however. It may even be christened Ford Figo Freestyle. On the outside, the Ford Figo Cross features a new front bumper, mesh pattern upper grille in black colour, black hood decal, black ORVMs and black roof rails. Similar changes are expected to feature on the Ford Figo facelift as well.

The Ford Figo Cross should have a higher ground clearance than the Ford Figo (174 mm). It will debut a new 1.2-litre naturally aspirated petrol engine producing 95 hp and 115 Nm of torque. Like the new Ford EcoSport’s 1.5-litre petrol engine, this engine is from the Dragon engine family. It will send power to the wheels via the new, MX65 5-speed manual transmission from Getrag.