The Honda Civic Type-R rival comes out in Europe in early 2018.

The 2018 Renault Megane RS made its first ever public appearance at the Monaco Formula One Grand Prix on May 26. Renault presented a camouflaged prototype but did not provide technical details of the car or talk about its interior. 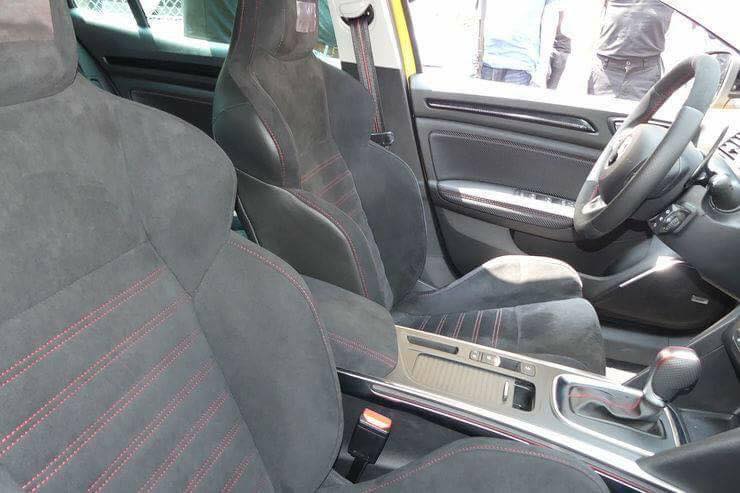 Now enthusiast site Megane RS Online has posted images revealing the car. The unofficial images reveal the side profile of the car and the interior which features sport seats and steering wheel with red stitching.

Design touches at the front end such as the triple-element LED daytime running lights, more aggressive front bumper and wheel arch extension give the car a unique identity. It is the rear-end of the RS variant that will have extensive changes, including a tweaked bumper with vertical air inlets and a diffuser. The performance car is hoisted on split design RS alloy wheels shod with low-profile tyres, and stopping power comes from performance brakes by Brembo.

The new Renault Megane R.S. will break cover at the 2017 Frankfurt Motor Show in Germany on September 12, before going on sale in Europe the first quarter of 2018. As with the standard Renault Megane, Renault will not make the Megane RS in a 3-door version.