Will launch for sale on April 20; bookings currently accepted.

The 2017 Hyundai Xcent has been spied undisguised for the first time by a Team-BHP reader, ahead of its launch on April 20. Here's our first look at the new design changes of Hyundai's sub-4m sedan. 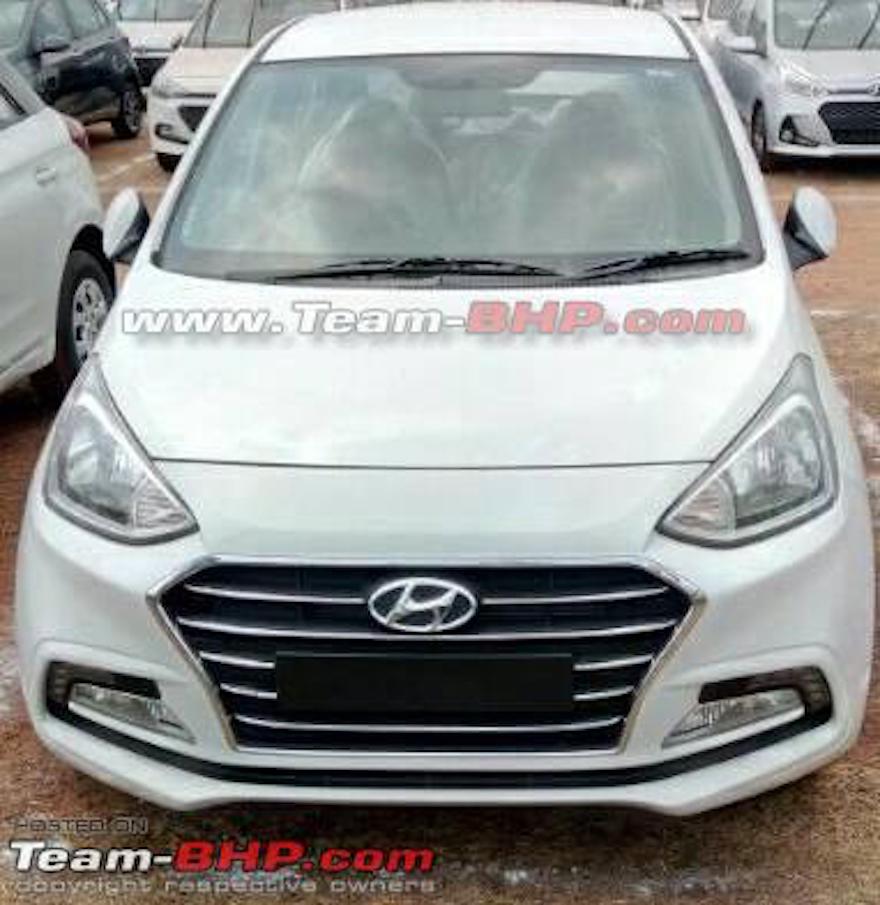 Like the Grand i10,the Xcents adopts the large grille that takes up most of the front fascia, but featuring a chrome bezel and horizontal chrome slats. The lower bumper has also been completely restyled, looking significantly different from the Grand i10, and the headlights receive better detailing. The rear-end has also been completely redesigned, now featuring large wraparound taillamps, and a new bumper.

The interior has not been revealed yet, but we expect it to be identical to the new Grand i10. The only major change will be the new 7.0-inch touchscreen infotainment system with Apple CarPlay, Android Auto and MirrorLink connectivity, which will be standard in Asta models. The steering wheel also gets a dedicated button for voice commands. As for engine options, we expect the familiar 1.2-litre Kappa four-cylinder petrol engine and the new 1.2-litre U2 CRDi three-cylinder diesel engine, which replaces the 1.1 3-cyl unit.