Ahead of its introduction prior to the festival season, the 2014 Mahindra Scorpio facelift was snapped up close, with what seems like a cardboard box covering its rear. At the front, the camouflage points to a new front fascia with redesigned headlights, grille, bumper and a repositioned hood scoop.

The taillights of the refreshed Scorpio would feature LED elements, as our previous spy images have shown. Mahindra would also extend newly designed alloy wheels to the SUV.

Inside, spyshots have revealed that the refreshed Scorpio will get a comprehensive makeover to its dashboard and instruments. The steering wheel will come from the Mahindra XUV500, while other soft components like the AC vents and center console, which look a bit old-school in the current car, have been freshened for an upscale appearance.

Under the hood, we don't expect to see any changes to the 2.2-liter four-cylinder diesel engine powering the current car. This engine is good for 120 bhp at 4,000 rpm and 290 Nm of torque between 1,800-2,800 rpm. Transmission options, a 5-speed manual and 6-speed automatic, will be carried over as well. 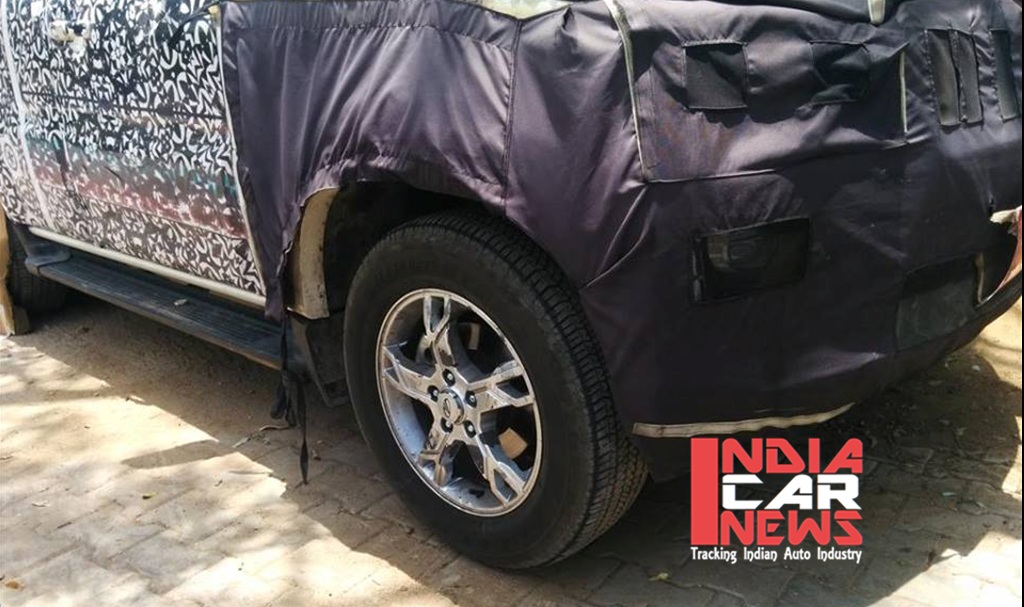 The Scorpio is a volume spinner for Mahindra, and despite its age, manages to sell about 4,650 units/month (January-April 2014 period).