The S80 was one of facelifts that premiered in Geneva 2013 and by the year end, the refresh is set to be extended to the S80L. The S80L facelift has been testing for the past year and seen here are the latest spyshots published on Chinese auto website Sina. The new front fascia is characterized by restyled headlamps, a slightly revised grill and a new bumper which incorporates bigger and differently shaped foglights. The taillights get a mild reprofiling but rest is the same. Changes to the interior are also subtle with the incorporation of an updated infotainment system. Even though the Chinese automaker Geely owns Volvo's passenger car division, the Changan-Ford JV has the license to build the S80L in China till 2018. The arrangement was made when Volvo under Ford's ownership. This means that the facelifted S80L will also be made by Changan-Ford while long wheelbase variants of newer cars such as the S60 and perhaps the XC60 will be made by Volvo-Geely at their new plant which comes online this year. According to media reports, the facelelifted Volvo S80L will be powered by the 2.0 litre T5 and the 3.0 litre T6 petrol engines. The former develops 210 bhp while the latter makes 300 bhp. These engines are paired with a six speed dual clutch automatic transmission. 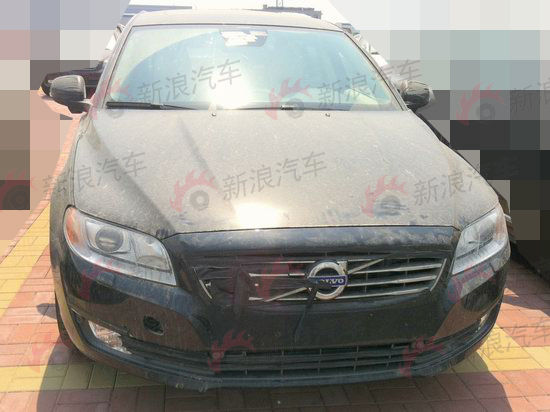 The lengthened sedan is expected to go on sale in China later this year. As far as India is concerned, we have to be content with the regular S80 which is imported as a CBU from Europe.