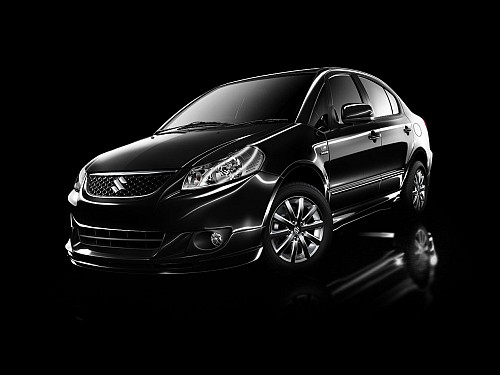 The country's largest carmaker, Maruti Suzuki India Limited (MSIL) is planning to launch a Limited Edition variant of its mid-range sedan, the SX4 this month.

Maruti Suzuki launched the SX4 in 2007, which replaced the Baleno, as a rival to the Chevrolet Aveo, Honda City, Hyundai Verna

Within a short while after its launch, the SX4 went on to become the segment leader and proved that Maruti can not only make good hatchbacks but sedans as well. But, competition for the SX4 intensified greatly when Honda rolled out their all-new third generation City and Ford facelifted its Fiesta.

Maruti countered these measures with the Bharat Stage IV compliant SX4 equipped with Variable Valve Timing and the option of a four-speed automatic transmission. But, these measures don't seem to have paid off as the car has failed to attract the number of buyers Maruti hoped it would.

So, Maruti will be banking on this Limited Edition variant to attract more customers and boost the sales figures of the car. The car will be loaded with features such as Outside Rear View Mirrors (ORVM) mounted indicators, Chrome Decals, A Bootlid Spoiler and Reverse Parking Sensors on its exteriors. The interiors will be finished with leather seat covers and an additional reading ramp.

The price which one would have to chalk out extra over the current fully loaded SX4 ZXi could be in the region of around 25-40,000 rupees. The exact date as to when the car will hit showrooms has not yet been revealed.