The Suzuki Inazuma GW250 was spied recently by Power Drift.

As we reported earlier, Suzuki Motorcycles India Limited (SMIL) will launch the Inazuma GW250 in January next year. The naked street bike will be brought into India via the CKD (Completely Knocked Down) route, and assembly of the motorcycle will take place at SMIL's Gurgaon plant. 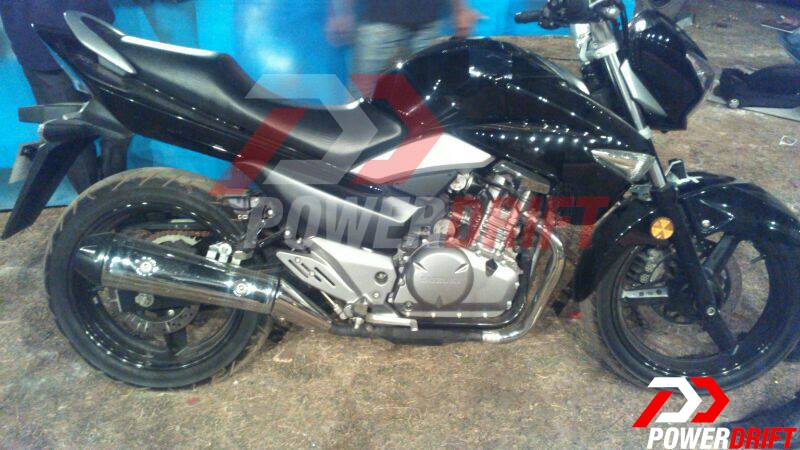 The Inazuma GW250 is powered by a 248cc, fuel-injected, parallel twin motor producing 26 bhp and 24.4 Nm of torque. It comes mated to a 6-speed gearbox. The bike rests on a semi double-cradle chassis, and gets telescopic forks at the front and mono-shocks at the rear with seven-way adjustable springs.

Stopping power is provided by disc brakes at the front and rear, while the wheels are three-spoke aluminium units. Suzuki has given the bike an analogue rev meter, while the speedometer gets an LCD panel. The instrument cluster also flashes data such as service interval and a twin trip meter. In India, the GW250 will compete with motorcycles such as the KTM Duke 200, Honda CBR250R, Kawasaki Ninja 300 and the upcoming Bajaj Pulsar and Mahindra Mojo.

After the January launch, SMIL is expected to show some of their future products at the Auto Expo in the first week of February. Two of these products could be a new scooter and a commuter bike.