JokeForBlog.Blogspot.com has brought out spyshots of a camouflaged Ssangyong Rexton testing out in Korea assumed to be a cosmetically upgraded version for a 2012 release. 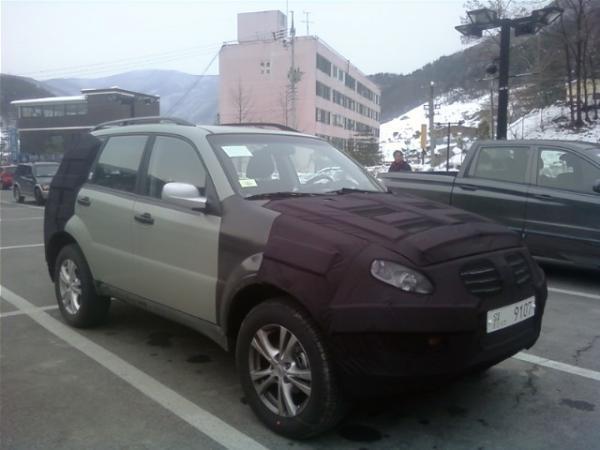 See spyshots of the Rexton testing in India

Ssangyong launches next year in India with the Korando C and the Rexton. The Rexton is a 7-seat SUV formed on an old Mercedes M-Class platform powered by a Daimler engine. These two Ssangyong models sit above the XUV500. The Rexton will act as the Korean brand's flagship model assembled in Mahindra's plant either at Chakan or Nashik.

It is hard to guess if Mahindra introduces the Ssangyong brand with the new-face Rexton or saves it up for a later date.