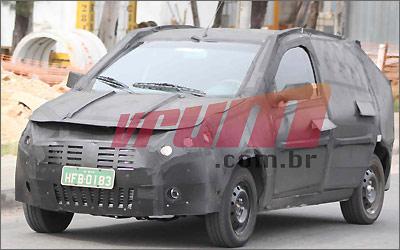 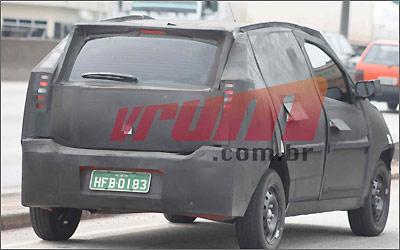 Could this be the first spyshot ever captured of the 2012 Fiat Palio?

VRUM Brazil has posted images of the 2012 Fiat Palio, which is likely to replace the existing Palio even in India. Sources told IAB what Fiat India means by small car is the next generation Palio, which uses an existing Fiat platform (new Uno or existing Palio's platform).

Along with the arrival of the 2012 Fiat Palio, Multiair technology could also make its first appearance in India. Fiat could use a 1.0-liter or maybe even a twin cylinder 900cc engine that'll deliver fantastic fuel economy, an essential part of a Indian small car.

There is a possibility of the 1.3 Multi-jet diesel making the cut, but we think Fiat will develop a smaller and lighter diesel engine for this particular vehicle. General Motors will launch a 1.0-liter 3-cylinder Multi-jet engine on the Beat in the coming months, which essentially is a cropped 4-cylinder Multi-jet used on the Indica Vista and Swift. There is a high chance of this engine taking charge under the new Palio's bonnet.

Fiat might not invest in electric technology, which was noted by Mr.Rajeev Kapoor, CEO of Fiat India. He told Indian Autos Blog that there were no plans as such for electric vehicles. This is interesting as by 2012, Tata, General Motors and possibly Maruti could have electric cars on the road.

Could Fiat enter into an agreement in the future allowing them to borrow the Indica Vista EV's powertrain for their small car?