The 2009-2010 Suzuki Kizashi has made earlier appearances when it was masked heavily under vinyl padding and when it was spotted sporting zebra stripes at the Nurburgring. Now, we have pictures of the Kizashi in a very distorted form - a crash test, to be precise. The 2009-2010 Suzuki Kizashi is eager to attack it’s D-Segment competitors like Honda Civic, Toyota Corolla Altis, Hyundai Sonata, Skoda Octavia and Volkswagen Jetta (it has started practicing head-on collisions already!). Till date, no proper photograph of its front has been revealed, the shots below is no exception. 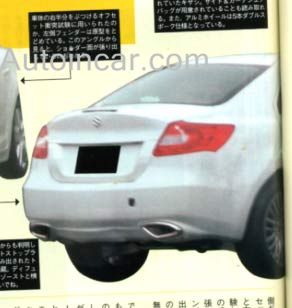