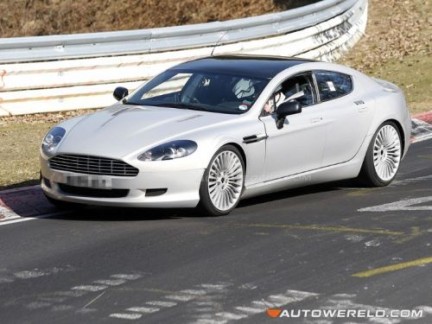 The Aston Martin Rapide is spied once again, on this occasion performing test laps in the infamous Nurburgring or "ring" as some like to refer it.

Previously it was spotted in the cold country of Scandinavia running around in the name of cold weather testing. The Aston Martin Rapide is based on the DB9 platform and will deliver no less than 480 hp to its wheels.

The Aston Martin Rapide is a 4-door, 4-seat supercar that will join the elite league consisting of the controversial Porsche Panamera and the existing Mercedes Benz CLS.