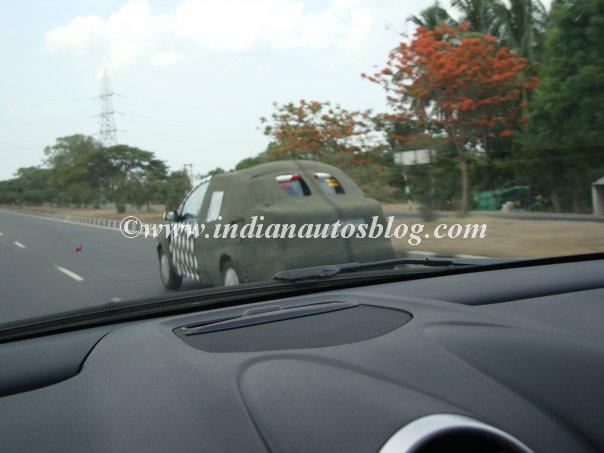 This is a muddy pic and you have to understand that the boot on this car is fake.

Sent in by our reader Naeem Khan, who said it was caught on the highway near the plant, Ford's new small car will be made public at the Frankfurt Show in September.

The vehicle will come in petrol and diesel variants, the former is a 1.2-liter engine while the latter is a 1.4-liter 68hp engine.

- Codenamed B517, it is stationed on a phased out Ford Fiesta platform which saved Ford development cost and time. Ford worked for the past 19 months, and test mules have been spotted in Europe, India and Australia.

- Over 300 prototypes have been sent around the world.

- Ford’s new small car will compete against Peugeot 206 and Renault Clio on the European playing field.

- The base model will do with A.C and power steering.