The Mercedes M class hasn’t been able to really do justice to the Mercedes brand so far in India. It has always been under the shadow of the mighty Audi Q7 and the BMW X5. However, that hasn’t stopped Mercedes from introducing new variants every now and then. 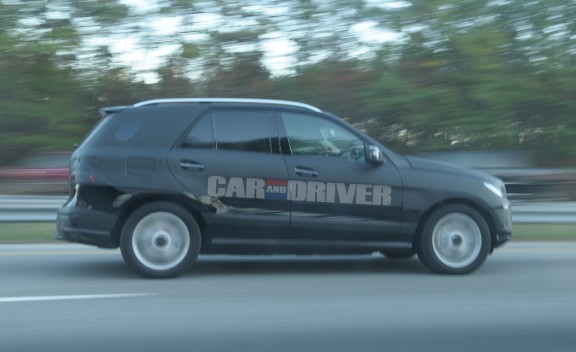 But here we have some spy shots of the next generation Mercedes M Class (internally named W166). The spyshots reveal that the new SUV has certainly grown in dimensions. The wide body suggests that the new SUV will come in a 7 seater arrangement. It also displays a number of styling cues from Mercedes’ new styling notebook.

We expect to see the first official pictures of the M Class by May 2011. The new M Class will be assembled in India by the end of 2011.