The Hero Xpulse 200 is undoubtedly one of the most affordable and capable machines that you can take off-road. However, it can also be a decent tourer. It offers a relaxed and upright riding stance, comes with a 13L fuel tank, weighs only 157kg, and has an impressive suspension setup. 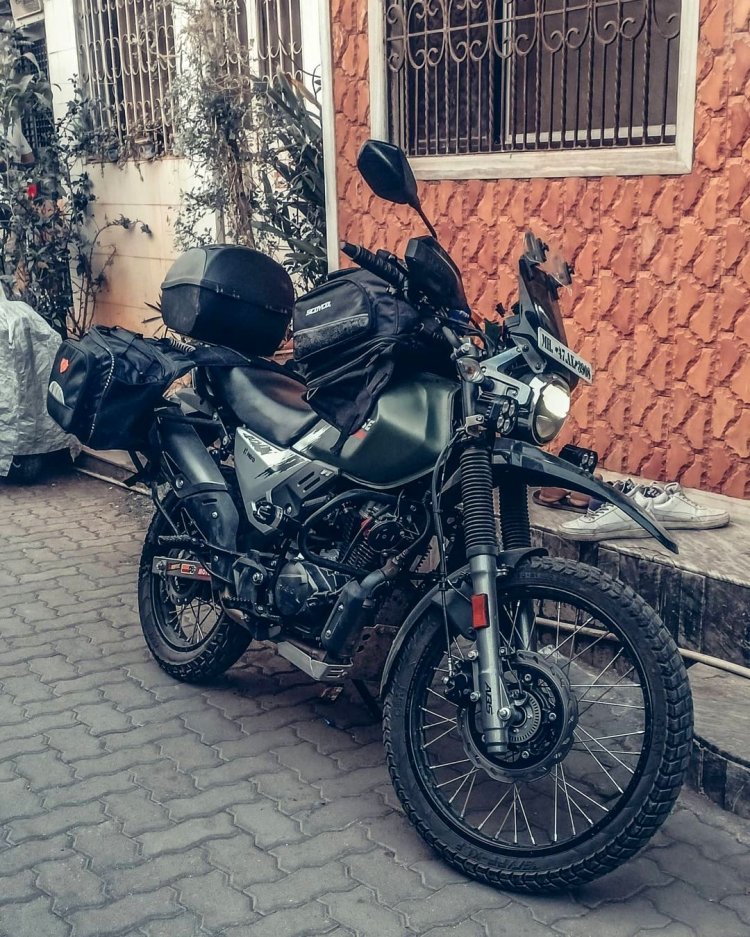 Yes, it might not be able to cruise at very high speeds because it draws power from a 199.6cc single-cylinder engine which puts out 17.8bhp and 16.45Nm and is mated to a 5-speed gearbox. But it should be able to do 80-90km/h without any issues. So, if you’re planning to do a long-distance ride on your Xpulse 200, here are a few modifications and touring accessories that you might consider. We have come across a modified Hero Xpulse 200, in the picture above that has been uploaded by Instagram user inksta.boy, that looks ready for long-distance touring.

We can see in the picture that the Xpulse 200 has been fitted with a pair of aftermarket auxiliary lights that would come in handy during riding in the dark. The stock windscreen has been painted black and on top of that, another small detachable windscreen has been mounted. It appears that it should protect the rider from the wind blast but we aren’t too sure about its sturdiness.

We also spot frame sliders that seem to have been fitted in the stock crash guard by drilling holes. For the luggage, there’s a magnetic tank bag. A top box has been also been installed, most likely on an aftermarket rear carrier. Then there’s a larger pannier rack that ensures the saddlebags can be mounted without coming in contact with the exhaust. However, we feel that this setup would increase the width of the motorcycle too much and it could become difficult to ride, especially in towns.

Do you use your Hero Xpulse 200 for long-distance touring? If yes, what all modifications have you implemented to make it more touring-friendly? Let us know in the comments.