The Maruti Y9T LCV has earned our interest not only because it's the company's first attempt at commercial vehicles but also because it will carry the all important 800cc diesel engine which will eventually find its place in passenger cars.

The vehicle has already been spotted testing but with heavy disguise. Gaadiwaadi.com has managed to click the unpainted body shell of the Y9T LCV which gives us a fair idea on how it would look like. The Tata Ace and Mahindra Maxximo rival is said to be based on the Suzuki Carry that is available in Japan. However, from the spyshots, it can be noticed that the Y9T's cabin is significantly different from that of the new Carry. 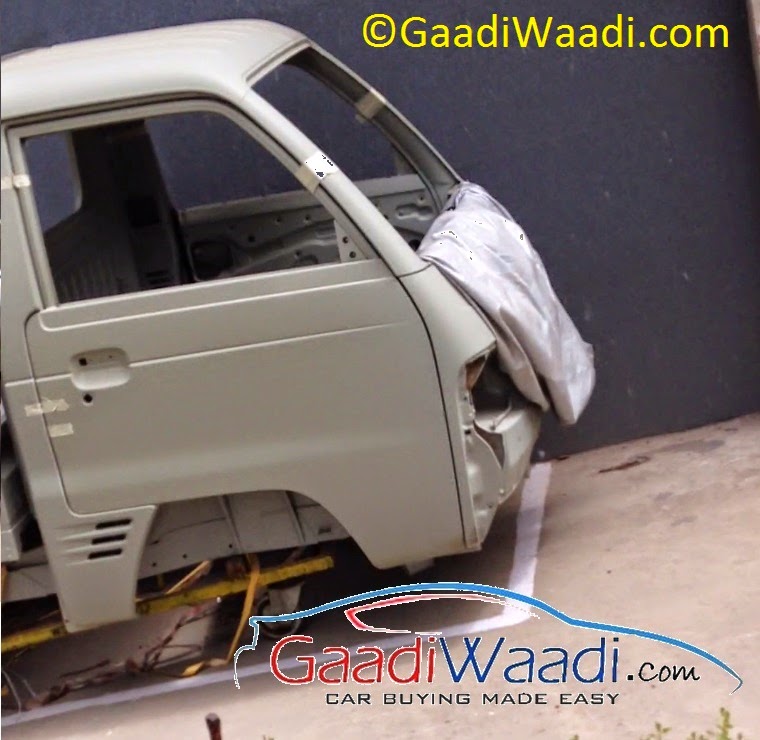 For starters, the front fascia is extruded in the Carry (like the Ashok Leyland Dost) but the Y9T sports a flatter front end. In profile, the doors of the Maruti LCV look very similar to that of the Omni but the headlamps are rectangular in shape. The dimensions of the loading bay is comparable to the Ace and Maxximo.

Specifications of the home grown 800cc two cylinder diesel engine are sketchy as of now. In addition to the diesel mill, Maruti would offer a CNG power plant.

By debuting it in the LCV, Maruti engineers will have enough time and data to fine tune the diesel motor's NVH levels for passenger vehicle application at a later stage. The Celerio is expected to be the top candidate to get the oil burner first.

The Y9T is expected early next year.