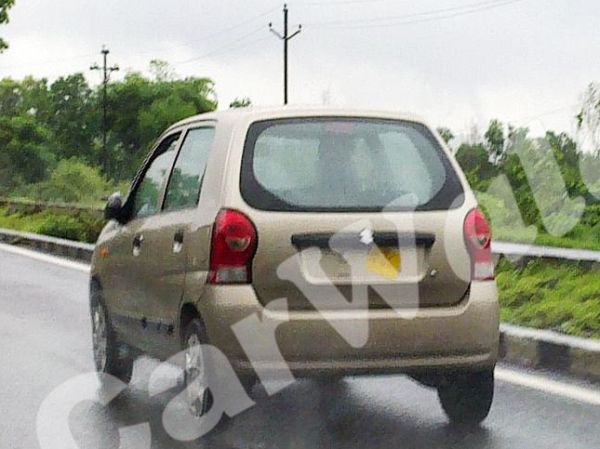 Carwale has posted spy pics of what looks to be the new Maruti Alto fitted with the 1-litre K-Series engine which currently powers the A-Star, Zen Estilo and the new WagonR. The new Alto is expected to be launched sometime next month.

The car in the spy pics has a redesigned tail lamp, a new horizontal strip of black plastic above the now hatch- mounted numberplate and wider tyres. The car in the image also appears to be taller than the current Alto, and this could be due to the new tyres.

The car will be powered by Maruti's K10B, 1.0-litre K-Series engine pumping out 66 bhp and 90 Nm of torque. The car will be priced in the 3-3.5 lakh price bracket and could deliver an ARAI certified fuel efficiency figure of 20 kmpl.