Its been a while since we saw spyshots of Hyundai's new compact SUV. Now, Chinese website Auto QQ has just posted fresh images of it on test.

As of now, very little is known about this Ford EcoSport challenger from Hyundai. The only detail we learn from sources is Hyundai may unveil the car towards the end of the year.

In October last year, Indian Autos Blog was invited to Hyundai-Kia's Research and Development center in Namyang, South Korea. We saw camouflaged prototypes of the crossover there, and were told by Casey Hyun, a senior Hyundai designer, that the future crossovers would sport Fluidic Design v2.0. Hyun said that they would not get the 'Storm Edge' design philosophy seen on the new Santa Fe. 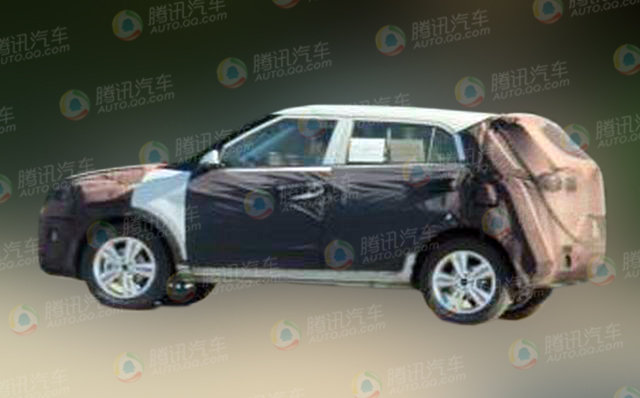 We speculate that the crossover would look like the Hyundai CURB concept that was shown at the 2011 Detroit Motor Show. The CURB was powered by a turbocharged 1.6-liter GDI engine producing 175 bhp and 229 Nm of torque. It featured a dual-clutch automatic transmission and promised efficiency upwards of 17 km/l.

Hyundai India will launch two new products in the next few months, sources say. The first is a compact, sub-4 meter sedan based on the Grand i10, while the second will be the company's flagship product in India, the new Santa Fe. We expect the Hyundai mini SUV in India next year.