Same design changes could be introduced in the Indian Creta in its mid-cycle program.

Hyundai Brazil has dropped another teaser of the local-spec Hyundai Creta, which features a pre-production prototype covered with black canvas. 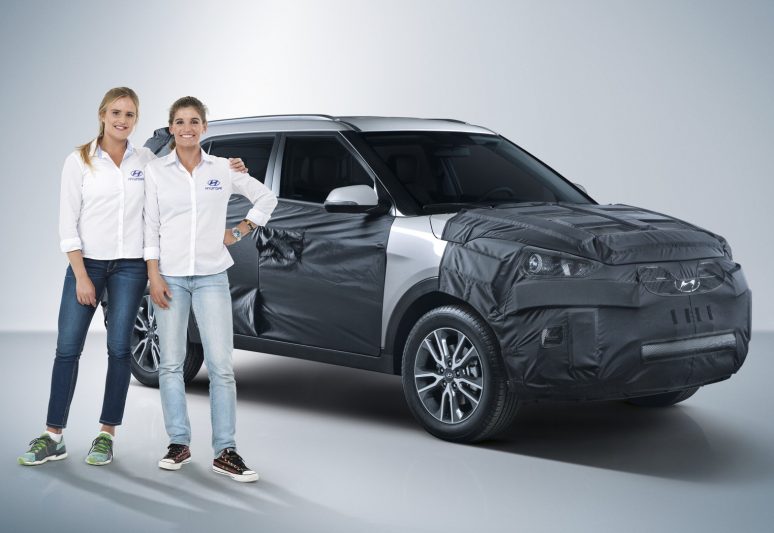 The first couple of teasers released by the Korean manufacturer had revealed some of the differences to the India-spec Hyundai Creta, which include a wider hexagonal grille with chrome surrounds, horizontal fog lamps, redesigned bumper, and tweaked taillamps connected by a full-width chrome garnish between the tail lamps. The styling changes are likely to be introduced in the India-made Hyundai Creta and China-made Hyundai ix25 in its mid-cycle refresh.

Under the hood is a 1.6-litre CVVT flex-fuel engine sourced from the Hyundai HB20 family. It produces up to 128 cv (128 hp) and 16.5 kgf.m (161.81 Nm) of peak torque.Transmission options could include a 6-speed manual and 6-speed automatic gearbox. It's unclear if an AWD system will be offered.

The Brazil-made compact SUV will make its local debut at the 2016 Sao Paulo Auto Show on November 10, before arriving in showrooms in 2017. It will be manufactured in Piracicaba, Sao Paulo.