Hyundai's new compact crossover was recently caught on test in China, again. The mystery SUV which has been surfacing since June this year in parts of South Korea and China, is the mini SUV Hyundai India has planned to launch within the next two years.

For now, the only detail that is available is that this SUV has certain design inspirations coming from the Hyundai Curb concept that was shown at the 2011 North American International Motor Show in Detroit. 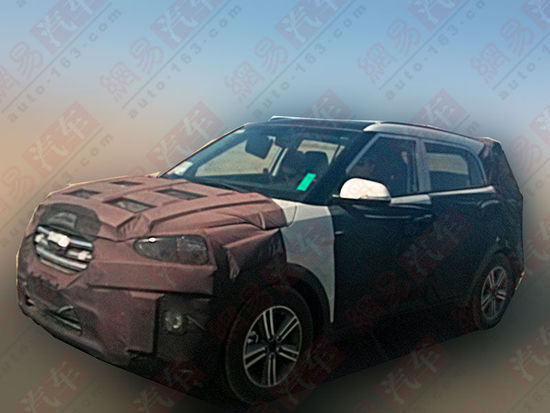 With a length spanning approximately four meters (the Curb concept measured 4.17 meters in length), this Hyundai is developed to rival the likes of the Renault Duster, Ford EcoSport, the production version of the Suzuki iV4 and most importantly, the Nissan Juke.

Powering the Curb concept was a four-cylinder turbocharged 1.6-liter GDI engine with ISG technology (Idle Stop and Go). Mated to an unspecified dual clutch transmission, the Curb was estimated to produce 175bhp and 229Nm of torque. Thanks to an overall weight of 1,400kg, the Curb's official fuel economy was rated at 40+ mpg (17km/l).

Hyundai had also announced a 'Blue Link' feature on the Curb which, like the EcoSport, could dial emergency services in case of an accident. The show car also came with remote controlled lights, horn and engine start.

We expect to hear more about this SUV from Hyundai next year.