GM to introduce SAIC LCV range in India by 2011 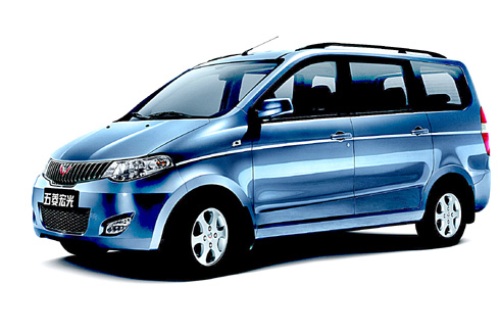 We had already posted disguised as well as undisguised spy photos of the India bound MPV based on the commercial vehicle platform developed by the General Motors-SAIC merger. Its now official that GM would be looking to introduce these LCV's by 2011. The MPV would be pitted against the Maruti Eeco

After the partnership with SAIC, GM in India has a wider menu to choose from with products from SAIC also available. By the end of next year or early 2012, we plan to launch LCVs in one-tonne capacity, which could be simultaneously followed by passenger cars.

GM has hinted developing 3 vehicles out of this platform. One is the pictured MPV, one could be a panel van derivative of the MPV and the third could be a sub 1 tonne pickup truck. The new range of LCV's could come with the Fiat Multijet engine manufactured Talegaon.

GM would be manufacturing the new LCV's at the Halol plant which has an annual capacity of 85,000 units. GM also plans to export these LCV's to developing markets like South-America and South East Asia.

While the passenger car from SAIC would be given the 'Chevrolet' badge, GM hasn't revealed anything regarding branding the new range of LCV's. GM could give the commercial vehicles the 'Tavera' brand also considering the popularity of the name in the Indian market.