Ford has been testing their EcoSport compact SUV in and around their manufacturing facility near Chennai. 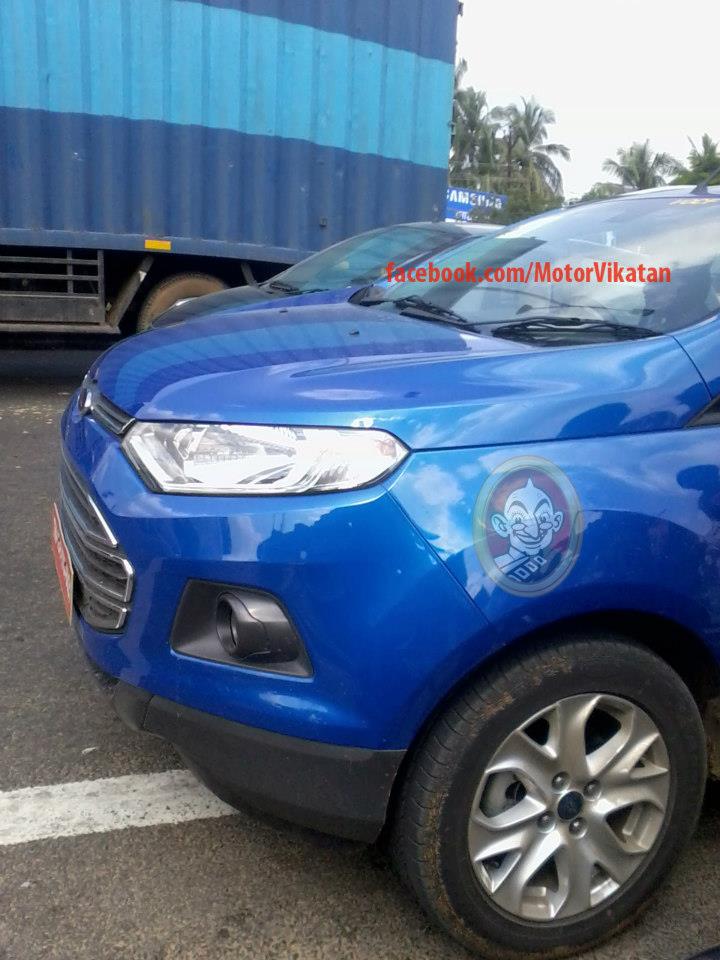 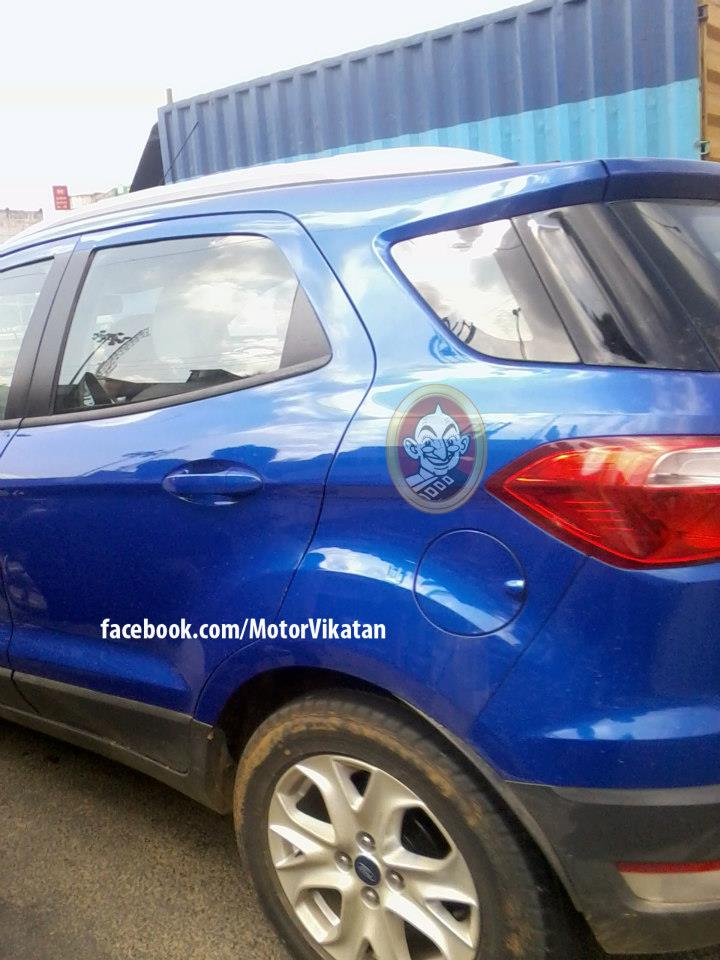 Here are the spyshots from Mr. Jagathish, a reader of Motor Vikatan. The test mule is a high end Titanium variant with all the bells and whistles. We feel Ford's Kinetic Blue exterior color suits the mini SUV. In spite of its compact size, the car has a good road presence and one can realize the proportions of the SUV through these real world photographs. Ford India is gearing up for what is expected to be one of the most important launches in the company's history in India. There are lots of expectations from the Indian car buying population as well as enthusiasts group on the Ford EcoSport.

Although Ford has not announced any official launch date, we reckon that the compact crossover SUV will be in showrooms in early 2013.

The EcoSport, as we said many times earlier will be available with three engine options - a 1.0 litre EcoBoost turbo charged direct injection petrol engine, a 1.5 litre petrol and a 1.5 litre diesel motor. Though the EcoBoost engine is tech laden, majority of the volume is expected to come from the oil burner.

As of now every question about the Ford EcoSport has been answered except the launch date and price range.

Ford India, we are all ears!