In July last year, Force Motors launched new variants on the Force One SUV. The company announced that the Force One will be sold in three trim levels. A low-end EX model saw a BS3 engine with a starting price of INR 8.99 lakhs (Ex-Showroom) while a top-end LX received a BS4 engine along with a 4x4 mechanism.

Eight months into the launch and Car Toq claims that the Force One 4x4 is yet to even reach a dealership, leave alone a customer. Even so, the company has started testing a new variant of the One. Seen in these images are the Force One BS3 EX with 4x4 and jump seats.

Jump seats have not been offered on the One SUV, as it gets three rows of bench seats (or optional middle captains seats). Car Toq claims that these jump seats will accommodate four adults. 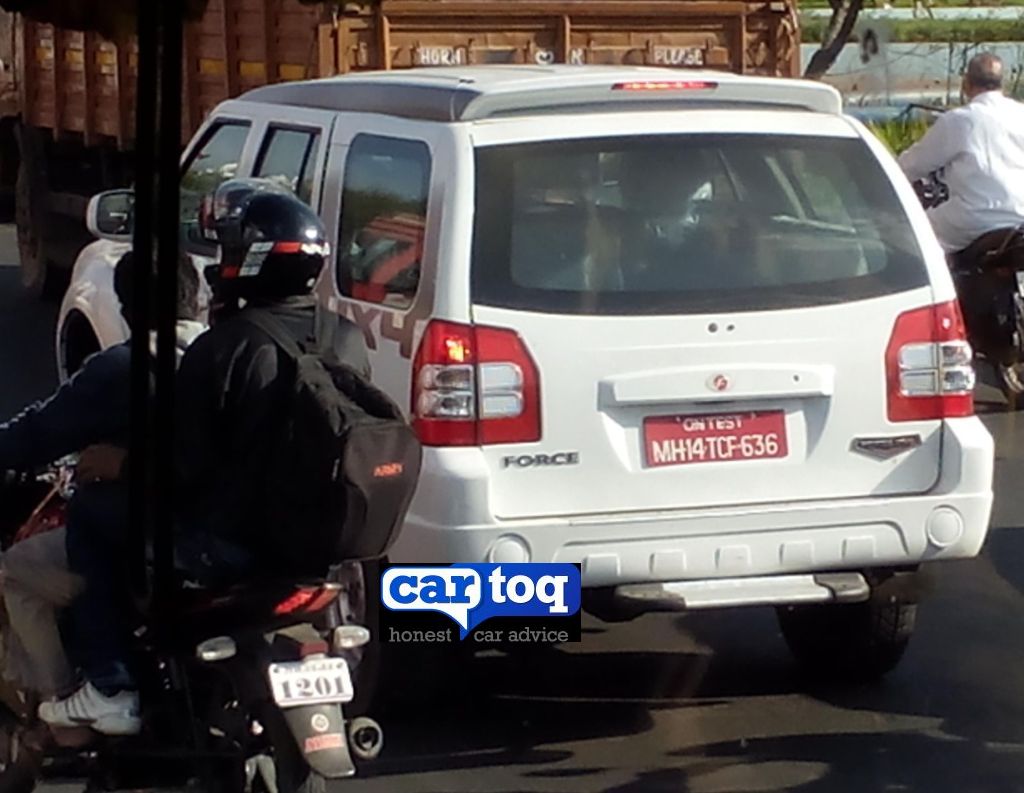 Apart from variants on the Force One, the company is also working on introducing an MPV. The MPV is based on the old Mercedes Viano's platform and has been spied testing near Force Motor's facility many times.