Update - Auto Esporte readers Victor Henrique and Matheus Frizzo have shared spyshots of the Fiat X6S testing in Brazil. The model will be manufactured in Córdoba, Argentina and will plug part of the gap left by Linea, retired earlier this year in the Brazilian market. The size will be intermediate, between the Grand Siena and Linea.

Auto Esporte says that the model will introduce an all-new nameplate, when it goes on sale next year. 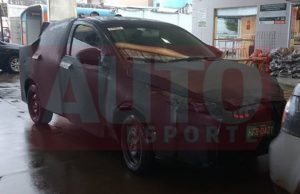 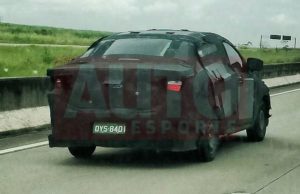 With the Fiat Argo now officially revealed and set to hit the Brazilian market this month, FCA has started road testing its sedan version (codename: Fiat X6S) . The Fiat X6S was recently spied on the roads by Autos Segredos reader Diego Escuder Bell.

The Fiat X6S test mule wears heavy camouflage and fake panels, but it's clear that the sedan gets a different design for the rear door. The Brazilian publication says in its report that the car's front has an exclusive design compared to the Argo. The length will grow (from 3.99 metres) to about 4.4 metres, while the width (1.75 metres) and wheelbase (2.52 metres) remain unchanged from the hatchback. The boot capacity is expected to grow from 300 litres to 440 litres.

The Fiat X6S sedan will be manufactured in Cordoba, Argentina. It will debut in late-2017, and not at the 2017 Buenos Aires Motor Show this month. The car will replace the Fiat Grand Siena and the Fiat Linea when it goes on sale next year.