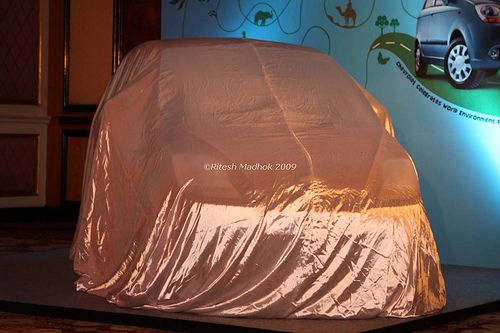 A few months back, on an article regarding the Chevy Spark, we wrote how deeply GM India is obsessed with it, and in the future, it even awaits a diesel engine and smaller 800cc petrol engine. We never imagine this was in the roster - Chevrolet Spark with electric power train sourced from REVA.

The two companies (REVA and GM India) will enter into a 50:50 joint venture (JV), which is currently awaiting the green signal from GM’s Detroit headquarters. If the JV goes through, it will be GM’s first deal since it filed for Chapter 11 bankruptcy.

We have been pursuing opportunities for commercial application of alternative fuel options, including bio-diesel, jatropha arrangement with CSMCRI (Central Salt and Marine Chemicals Research Institute), electric, fuel cell, hydrogen etc, with many parties for quite some time.

Obviously, GM is interested in strapping vehicles with more than just petrol and diesel motors. Thus far, it has not come out with any prototypes or suspicious looking test mules have not been reported. GM will introduce the Volt in India as a fully assembled vehicle in the future, probably to take on the Prius, which is certainly coming to India sooner or later.

With Tata studying the possibility of introducing the Indica Vista EV in certain cities, REVA bringing in the next generation NXG, and Bavina Cars setting up a high capacity plant in Chennai, the EV scene in India is the one to watch out for. If not this Auto Expo, the next one in 2012 should have more contenders displaying their concepts and production EVs.