Spied - Audi A3 Sedan shows its front while testing in Mumbai

The Audi A3 Sedan has been spied once again in the city of Mumbai. These images were clicked by Team BHP member 'karan561', who spotted Audi India's next all-new launch on the Eastern Express Highway.

As we mentioned before, the test mule seems to be a lower variant as certain features such as the LED daytime running lights and the rear LED cluster lights are missing. You instead get regular halogen headlights and taillights with LED technology. This could be the base 1.4-liter TFSI model on test.

A 2.0-liter TDI diesel producing 150bhp is also offered internationally. It is currently paired with a 6-speed manual transmission only. Audi India head Michael Perschke has confirmed plans to introduce the A3 Sedan in the country next year. While he wasn't specific about the price, he did say that it would be below INR 25 lakhs for sure. The A3 Sedan would compete with the Mercedes Benz CLA, which is also scheduled for an early 2014 launch. 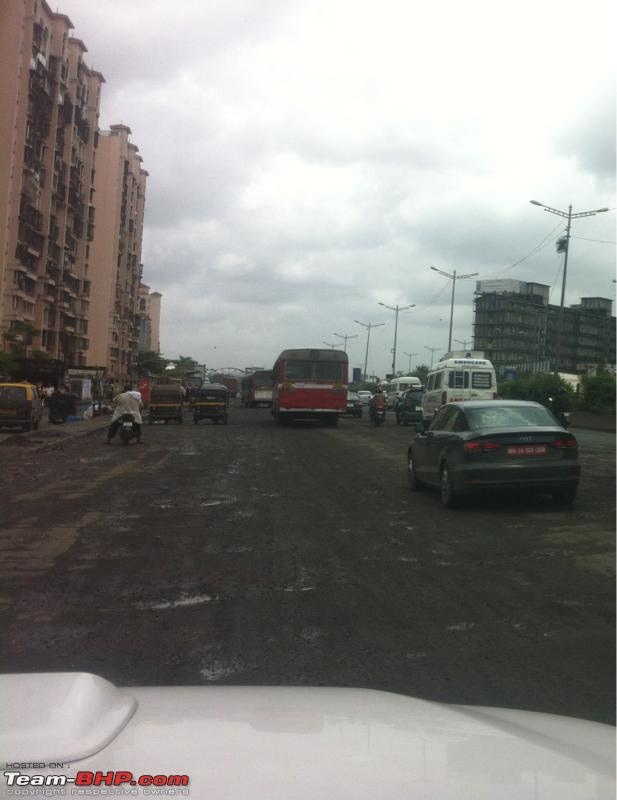 Until the A3 Sedan arrives, Audi India will be relying on the locally assembled Q3 S, which is being launched today, as its volume product. Audi is targeting a very competitive price for the SUV, so stay tuned to IndianAutosBlog for the live coverage of the launch.