Reportedly no changes in power and torque. 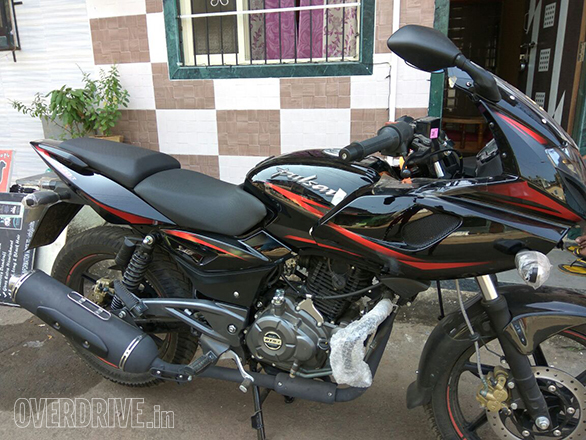 The Pulsar 220F has not received upgrades ever since it was given fuel injection in 2010.

To start with, the 2017 Bajaj Pulsar 220F gets a BS4 compliant engine. Overdrive learns that among the changes are a new timing chain that is designed for quieter operation, and a revised power delivery that is more linear and smoother.

Other changes include a new digital instrument cluster with a blue background lighting, softer seats, red and black paint, manual choke, red striping on the black alloy rims and a black exhaust. Bajaj Auto's Managing Director Rajiv Bajaj confirmed that the new Bajaj Pulsar series was due this year with significant changes. The 2017 Bajaj Pulsar 220F goes up against the Suzuki Gixxer SF (Rs 89,497) and the Yamaha Fazer FI (Rs 93,070), both ex-showroom Mumbai prices.