Is based on the PQ35 platform.

First spyshots of the China-specific next generation Volkswagen Bora have surfaced online courtesy of Autohome. The sedan, the current version of which has been listed on sale since 2010, will be manufactured by FAW-Volkswagen with a launch expected in the coming weeks. The price will likely begin from 1,10,000 Yuan (INR 11.34 lakhs) and go up to 1,50,000 Yuan (INR 15.47 lakhs) for the top variant. The design transformation is evolutionary and builds upon the already simplistic exterior. The fascia gets sharper headlamp assembly and the previous three-slat chrome grille has been reduced to a single chrome strip.

The front bumper also gets a redesign and it looks like the fog lamps have been completely done away with. The sides remain the same with the exception of the revised alloys and a strong character line stretching all the way from the headlights to the tail lights. The rear sees a modified tail lamp assembly, boot lid and bumper. 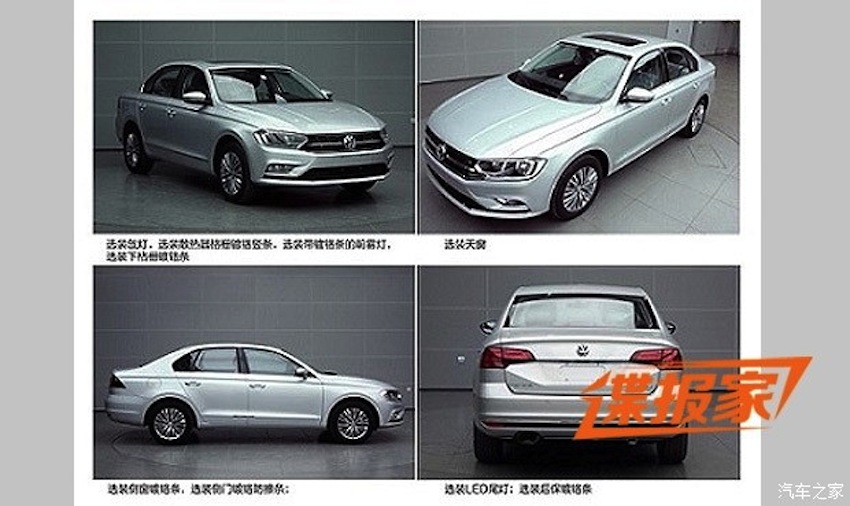 The Bora continues to be based on VW’s PQ35 platform that underpins the current Jetta and Tiguan, and is expected to have dimensions of 4562/1793/1468 in length/width/height respectively (in mm). The wheelbase will increase to 2,614 mm. 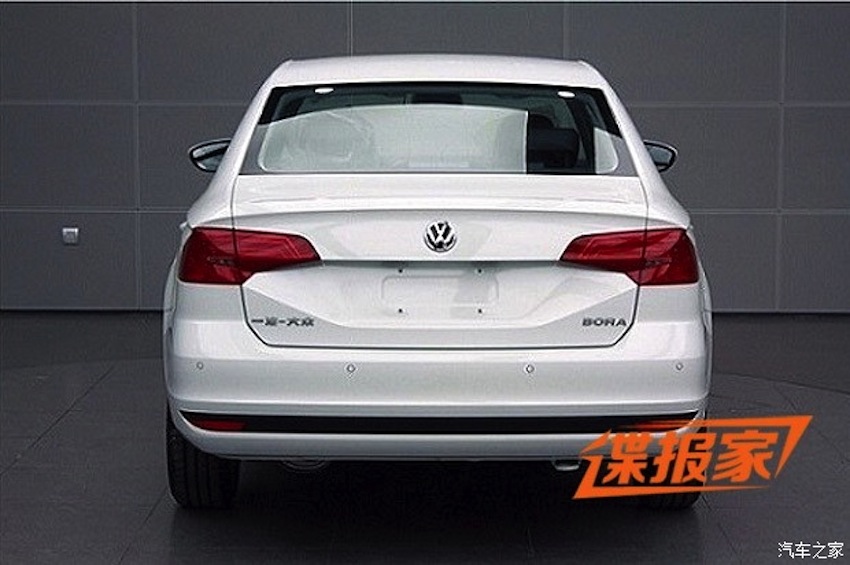 Engines powering the current model are the 1.4-liter turbo producing 131 bhp and the 1.6-liter, naturally-aspirated unit generating 105 bhp. The 1.6-liter will likely be tuned to belt out 110 bhp while the output of the 1.4 will remain the same on the new Bora, adds the report.