Spied - Front fascia of 2015 Hyundai i20 with thin camouflage

The 2015 Hyundai i20 has been spotted numerous times, both in India and abroad but the camouflaged test mules did good to keep everyone guessing about the frontal design of the next gen premium hatchback. 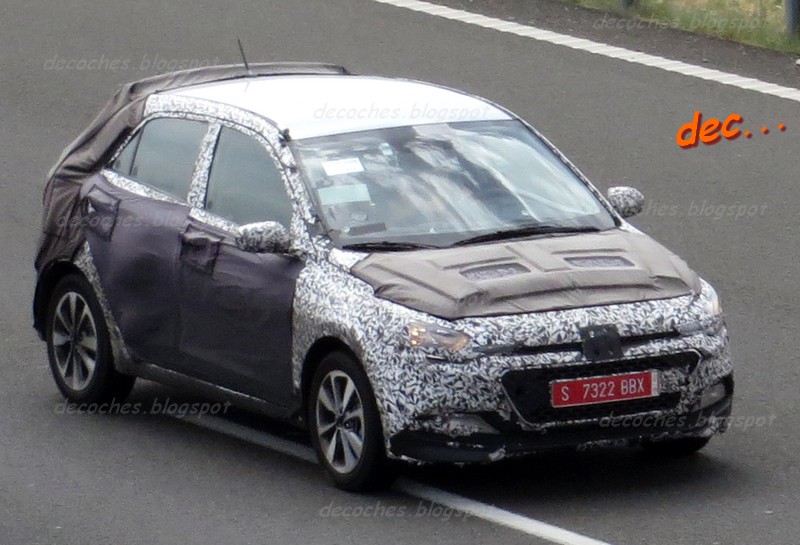 The latest spy pictures from Europe have surfaced online and this time, the front fascia is partially revealed. Changes are quite drastic with styling influences coming from the larger Genesis in the grille and bumper area.

The prominent trapezium shaped air-intake with chrome outlining catches the eye. The front grill is a straight slit connecting the headlamps compared to the current car's V-shaped element. Headlamps are pushed further to the edges to help the sense of width while the new bumper incorporates a chin spoiler like in the Polo.

The profile of the next gen i20 is completely new as evident from the revised glasshouse, especially the rear quarter panel. A new interior design, with a drastically different dashboard, has also been planned out for the next gen i20. Hyundai is likely to keep the powertrain lineup unchanged. The India-spec car could get the same 1.2-litre petrol and 1.4-litre diesel engines mated to 5- and 6-speed manual gearboxes respectively. A 1.4-litre petrol motor paired only to an automatic gearbox could also be offered.

According to our sources, India would be the first market to get the new i20. The Indian launch is expected to take place in September, in the run up to festive season, whereas the European premiere would be held at the Paris Motor Show in October.