The 2014 Ford Fiesta facelift was spied testing near its manufacturing facility outside of Chennai.

An update on Motorbeam shows the car testing without any camouflage whatsoever. However, official sources say that the facelift will not be launched in March.

The facelift gets Ford's new Aston Martin style hexagonal front chrome grille and retains the existing Fiesta's taillights. The spied mule is the second time the car is being spotted, with the first one wearing the same color showcased at the Auto Expo 2014.

In terms of features, the facelift will receive Ford’s SYNC infotainment system with the AppLink feature, an Emergency Assist System (seen on the EcoSport, which dials listed emergency services in the event of an accident), automatic headlights and automatic wipers. Engine options for the sedan are likely to remain the same - a 1.5-liter petrol and a 1.5-liter diesel - as in the existing Fiesta. While the petrol variant comes in both manual and automatic transmission, the diesel gets a manual gearbox only. 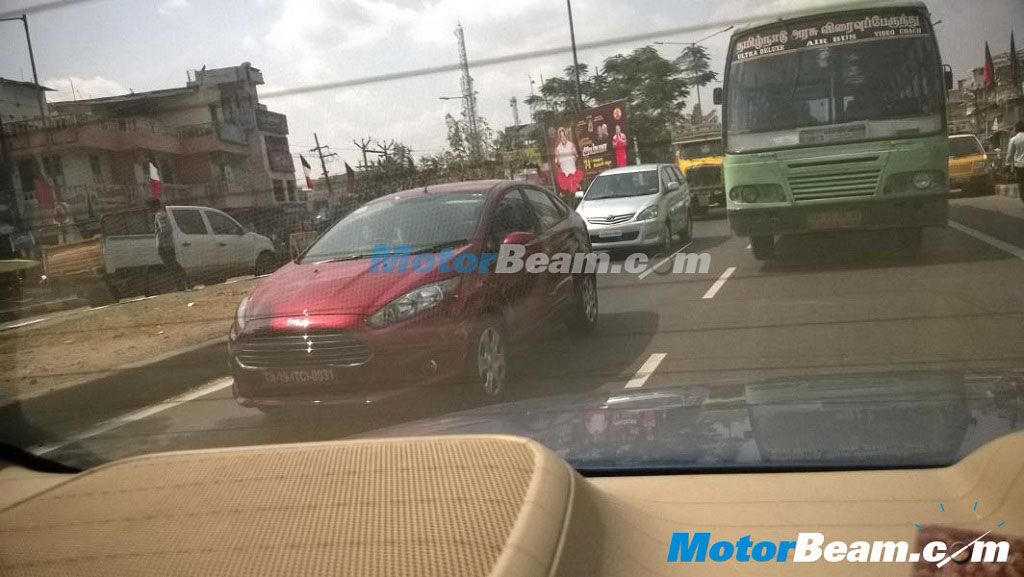 The current Fiesta hasn't exactly sold in great numbers (averaging 119 units per month in 2013) and with new cars like the Honda City being received well, the Fiesta faces some tough competition.

New/Upcoming cars that compete with the 2014 Ford Fiesta facelift