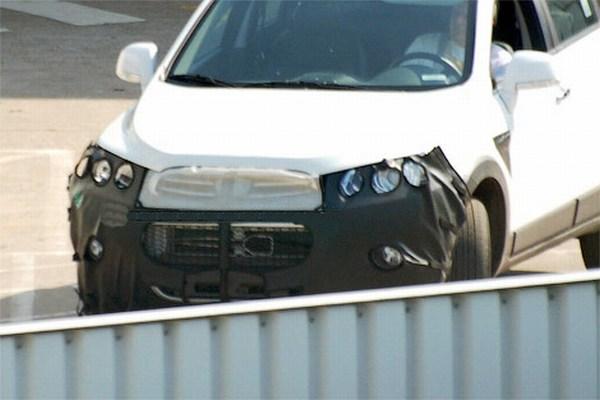 General Motors India seems to be satisfied with the sales of their premium SUV Chevrolet Captiva. The car has a waiting period of anywhere between 30-60 days & GMI has no intentions of reducing that waiting period.

The Captiva is imported as a CBU from Korea & GMI does not import large numbers of this SUV & are pretty happy with what they are selling.This SUV is all set to get a makeover globally. The disguised test mule of this car has been spotted at numerous locations across the globe.

Thanks to Automedia Belgium, we're able to bring you some more information on the 2011 Chevrolet Captiva. Spy pictures suggest that the car will get a new set of headlamps & some more changes to the exterior with some design cues borrowed from the Aveo RS concept. The interiors will also be upgraded & the car will get a brand new 2.2 litre diesel engine with more power & torque plus an added gear ratio.

The car is expected to make a global debut at the end of this year but do not expect it to hit Indian shores before Diwali 2011.