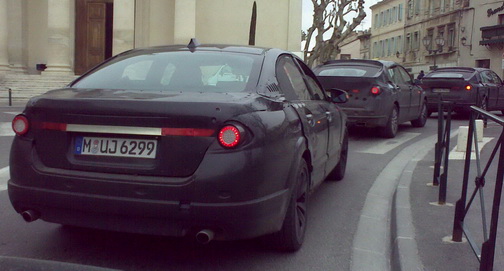 A convoy of camouflaged 2010 BMW 5-Series prototypes were spotted by Carscoop , at St Remy de Provence in the south of France. Reports suggest that the convoy consisted of a four-door sedan, a station-wagon Touring and a 5-door liftback-possibly the 5 Series Gran Turismo.