Will the Portico mark Hyundai's entry into UVs in India? 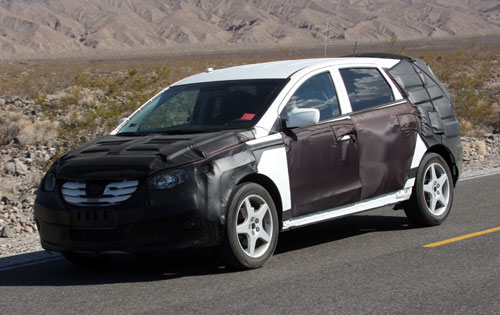 The Utility Vehicle market in India is widening like never before, thanks to the surge in the number of IT and BPO companies, who require them to ferry their staff. A good case is Chevrolet's Tavera, which you wouldn't buy otherwise or the Tata Sumo, which taxi cab operators use and last but not the least, the Innova MPV, which gets a black colored bumper and re-arranged seats to take in more individuals. A few months back, I remember reading 1,35,000 Innova's were sold so far in India and the cab operators contributed a major portion of the sales.

With Force Motors, Tata, GM and Toyota running riots in this segment with Mahindra soon to join in with the Ingenio, Hyundai might think seriously of introducing the Portico, a typical Innova look-alike. The Porto Rico is currently enduring some serious testing, and here, was photographed in Death Valley, USA.

Hyundai's Tuscon and the Terracan didn't sell as they would have predicted and perhaps Hyundai is slightly concerned about the way we Indian think of them. The Santro, i10 and the Getz were all small cars which set the sales chart on fire and the Accent too, was an entry-level sedan but the Portico is a bigger car and a segment which Hyundai hasn't thought about as of yet. A fair amount of Accents are used by Taxi operators and the feedback which they have obtained, should assist them when they launch the Portico.

Inside Line forecasts that it will have V6 from the Sonata under its hood, and also a V8 developed by the company, but we believe it would have the powerplant that the diesel Embera uses at present or something even smaller and cheaper to build. We also anticipate to see smaller tyres and basic interiors. No word yet on when it will be introduced on the market, but do look out for it. 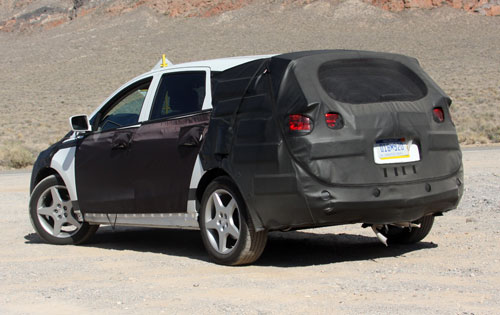