What are these VW Golfs doing in India?

IAB readers have spotted VW Golfs testing in and around Pune for almost two years now. We visited the VW Chakan facility in July last year to find out there was a LHD Golf inside the plant with European number plates. The Golf and Jetta share the same platform and VW India has said that at the price point of the Golf, people in India will look for a sedan. That's why VW launched the Vento instead of the Golf. 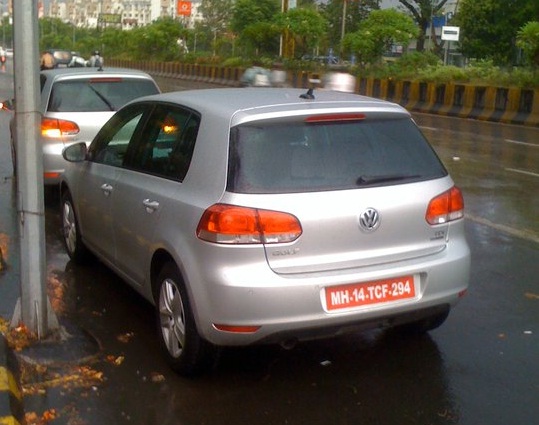 The next generation Jetta will be launched in India in the next few months and that vehicle is based on a new platform which will underpin the next generation Golf (Golf 7). VW could be testing powertrains on these Golfs and also don't rule out the possibility of global testing for seeing how one of Europe' best selling hatchbacks copes with heat, dust and road conditions of rural India.