Toyota Etios and Etios Liva are the prime focus for Toyota Kirloskar Motor for the next few years.

The duo had a strong start owing to their "most affordable Toyotas" tag, but momentum was not sustained, thanks to the average looks and irks like poor interior quality and very apparent cost cutting measures.

Both the hatchback and the sedan just failed to flood the Japanese giant's cash counter like the way the Innova and the Fortuner do. So Toyota has decided to lend its ears to the complaining customers and attempted at improving the cars. Our friends at Motorbeam.com report that the facelifted Toyota Etios and Etios Liva hatchback would be launched by the end of March. They also report that as many as 118 changes have been made to the car.

Meanwhile it appears that the facelifted cars have already started reaching the dealer yards. Here is a video of the facelifted Etios Liva which was parked in a dealer yard, posted by Gearheads. The video gives us a clear idea about what has changed.

For starters, the headlamps and tail lamps have been slightly revised. The ORVMs get a new edgy housing with integrated turn indicators. Interior is where there are noticeable improvements. 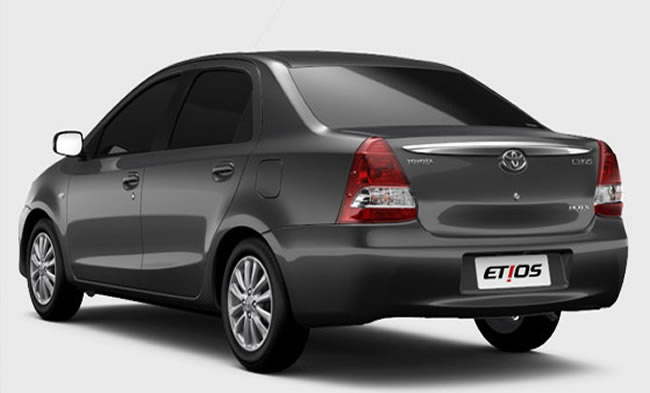 The cabin now gets dual tone beige treatment, for dashboard, door trims and upholstery. We expect the overall quality of the plastics to be improved. The central console houses a more upmarket looking music system with steering mounted controls. It is likely to include features like Bluetooth, Aux-in and USB connectivity.

The power window surrounds on the doors sport silver accents which adds to the cabin ambiance. The red and grey treatment for the gear knob makes way for chrome and black finish. Another important improvement is the front seat head restraints which are now adjustable.

Toyota seems to have addressed most of the complains, especially those which concern the interior. Toyota hopes that the improvements to the interior is expected to make the duo more appealing.