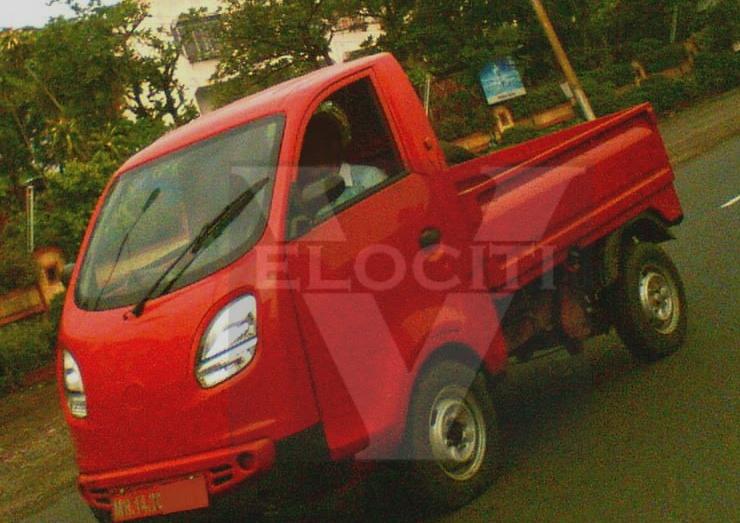 The Tata Penguin 0.5 tonne mini truck has been spotted again. The small truck which would slot under the Tata Ace is based on the Tata Nano platform. The Penguin truck shares its platform with the passenger moving vehicle, the Tata Magic Iris. it also borrows the whole front cabin from the Magic Iris.

The mini truck appears compact yet rugged. Strangely the headlamps remind me of the Ford Figo. The Tata Penguin compact truck would be a direct rival to the Mahindra Gio, which is India's first 4-wheeled compact truck. The Mahindra looks intimidating compared to the soft rounded cute Tata Penguin.

Details of the engines for the Tata Penguin are not clear but the Penguin could get the direct injection 611cc twin cylinder diesel engine which produces 11 bhp and 31 Nm of torque. This CRDi engine has been developed by Tata in conjunction with Greaves. The Tata Penguin could be priced at around 1.8 lakh rupees.

We also speculate the 611cc diesel engine has very good chances of finding its way under the bonnet rear seat of the Tata Nano diesel which we speculate could be launched within a year.