Spied - Maruti SX4 facelift will be in town soon

Maruti always had a Midas touch in the Indian small car market but their success rate dwindles as we go up the ladder. 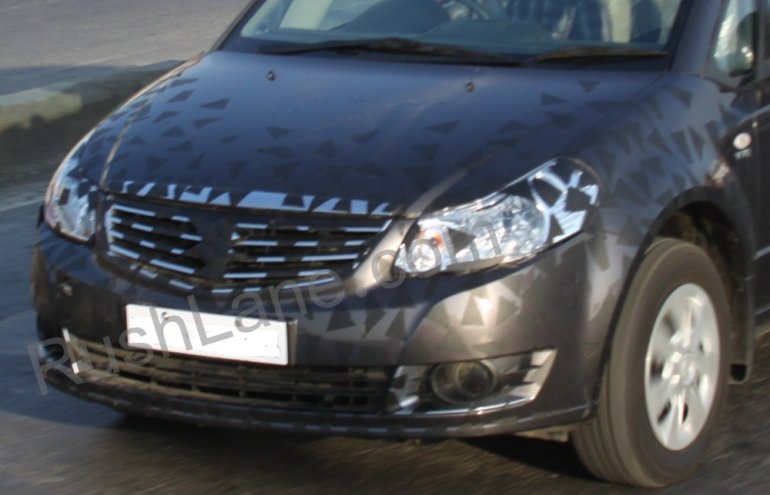 The Grand Vitara and Kizashi were two bad memories for the car maker and the SX4 is not far away from being worrisome. The mid-size sedan never really took off and its fortunes were not reversed even after the introduction of the 1.3 MultiJet diesel engine. The mid-size sedan segment has some potent players like VW Vento, Skoda Rapid and Nissan Sunny, and the SX4 is almost forgotten by car buyers. So, what are Maruti’s plans for the SX4 until the next gen model drives in for the rescue?

Maruti has planned to mildly refresh the SX4 as we enter the new year and it is evident from the spyshots by Rushlane.com’s reader Mr. Yash Patel. A camouflaged test mule of SX4 facelift was spotted testing in Gujarat.

The SX4 facelift gets a new chrome front grill; the honeycomb mesh has been replaced by horizontal slates. There is also a chrome strip on the bonnet just above the grill. The bumper is redesigned and is a bit more muscular now.

The interior and the powertrain options are expected to continue unaltered. The 1.6 litre petrol motor develops 103.3 bhp while the 1.3 litre diesel engine puts out 90 horses.

Will the minor refresh make the SX4 a quintessential Maruti?