The Volvo's mystery bus which was spotted a few times while testing in Bengaluru appears to be the facelifted 8400 City Bus. The last time we received the spyshots of this bus, we spent a good part of two hours in trying to find a visual match for the test mule from Volvo's existing global portfolio and came up empty handed. Now another test mule of this bus has surfaced again on the roads of Bengaluru, this time it's not camouflaged.

The new test mule carries the same trade certificate plates as the one spotted earlier but there are enough differences between the two mules. The camouflaged bus had a different engine lid at the rear, also the cooling vents located at the rear fender don't match with the new mule. The uncamouflaged test mule was spotted testing in the heart of Bengaluru by our sharp eyed reader Mr. Visvaswantha Bhat. The roof mounted AC system of the bus is reminiscent with that of the current 8400 where as the previous test mule's AC system covered larger area on the roof. 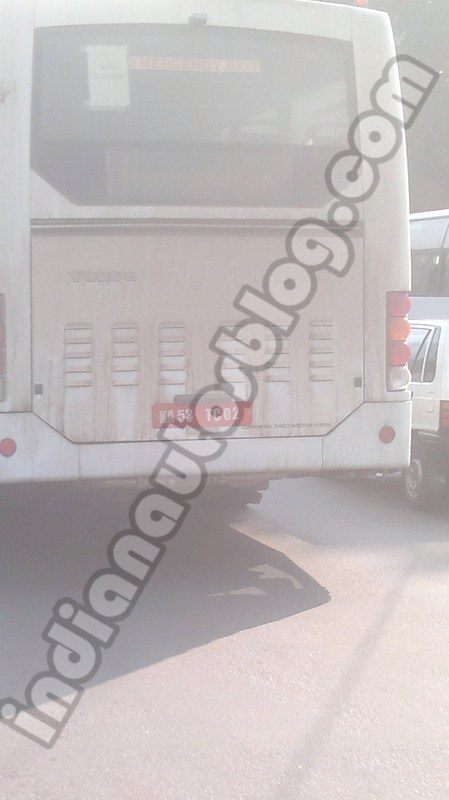 The basic shape of the front fascia of both the buses are the same but the dash boards (clearly visible through the front windshields of both the mules) are totally different. And interestingly, the LED board of the latest test mule reads 'ABC Power Electronics', leading us to think that the bus is tested for the newly added electronic systems.

There are two possible explanations:

It's only a matter of time before we stumble upon something concrete to solve Volvo's puzzle. Stay tuned!