Skoda Superb facelift is one of the six products from the Czech automaker's stable waiting to be launched this year.

The 2013 Skoda Octavia marked Skoda's move to bring in six new or refreshed models during the course of the year. Corporate modernization is underway at Skoda as the company is updating its existing models, one at a time, with the new family look and the modern logo. 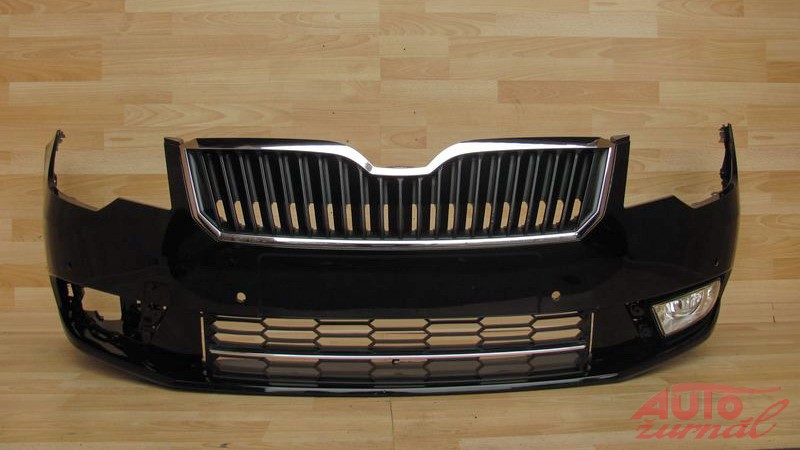 The Skoda Superb, the flagship sedan is heading for a mid life facelift and here are the spyshots of the bumper of the car which was captured by Autozurnal.com. From the spyshots we can see that the new Superb is aligning itself with the European Skoda Rapid and the all new Skoda Octavia.

The biggest change will be the chrome bordered grill which adapts the new family shape and the Skoda logo will now be located on the bonnet and not on the front grill. The shape of the headlamps remain the same, at least the lower half, as suggested by the bumper but Autozurnal.com reports that the headlamps will sport LED daytime running lights.

The other changes to the front include new fog lamps and new lower air dam, which now has hexagonal mesh with a horizontal chrome bar in the middle. The rear of the car is expected to get LED tail lamps and as seen in the test mules, the registration plate will move to the boot lid.

The interior is expected to remain the same except for new audio system, instrument panel and other electronic gadgetry that will be borrowed from the new Skoda Octavia.

There is little news about the powertrains but we expect that the current set of motors will be retained albeit with some tweaks.

Thanks to Mr. Filip Garaj of Autozurnal.com for the tip.