The Royal Enfield Thunderbird 350 and 500 went on sale in Nepal on the 2nd of this month.

Royal Enfield has recently updated its Thunderbird motorcycle with many features in an attempt to modernize it. The refresh also saw the introduction of a new Thunderbird 500cc variant.

The Thunderbird 500 is powered by a 499cc fuel injected air cooled twinspark single cylinder engine which pumps out 27.2 bhp of power and 41.3 Nm of torque. Power is harnessed by a 5-speed gearbox. 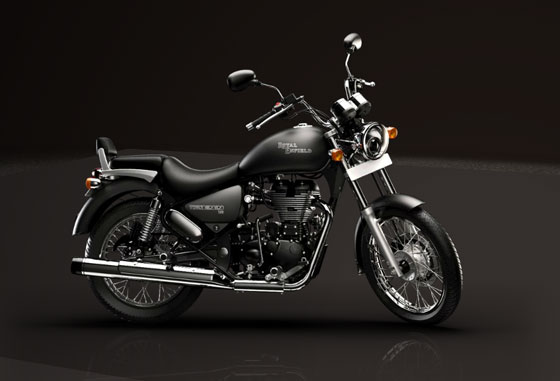 Both the Thunderbirds have trendy features like projector headlamps, LED taillamps, digital LCD display for odo and trip metres, and hazard lamps.

Royal Enfield has managed to sell 715 motorcycles in Nepal which makes it the largest export market for the Indian two wheeler maker in 2012. The launch of the new Thunderbird motorcycles is expected to stimulate further growth.

RE motorcycles are distributed in Nepal through Dugar Brothers & Sons. The company aims to sell more than 100 units of Thunderbird in Nepal this year and is expanding dealership and service points into Western Nepal.

Royal Enfield has recently inaugurated a brand new manufacturing facility at Oragadam near Chennai in order to reduce the long waiting periods of its motorcycles.