Renault to unveil hot-hatch concept at Monaco in May

After the showcasing of rear-wheel drive electric hatch TwinZ and F1-based Twizy concepts of late, Renault is gearing up to unveil another concept tipped as TwinFun. 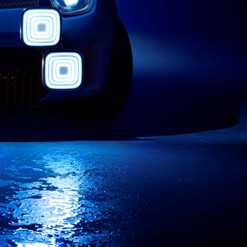 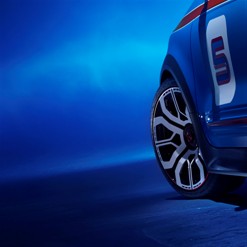 This year, at the glamorous venue on May 24, the TwinFun will be revealed worldwide prior to the Formula One race. It will be followed by a series of demonstrations at events such as Goodwood Festival of Speed in July. The hot-hatch concept is likely to preview the next generation Twingo city car which is being jointly developed with Daimler's microcar division Smart, sharing the platform and mechanical package.

According to Renault, "This concept car was designed and developed entirely by Renault Design as an expression of the brand’s passion and an illustration of how different takes on the same small city car are possible."

This concept could also be a tribute to the legendary Renault 5 Turbo as evident from the teaser image that clearly shows the number "5" on its door. Originally designed to go rallying in the 80s, the 5 Turbo generated 160hp from its mid-mounted turbocharged engine.

The TwinFun concept comes under Renault's ‘life-cycle’ design strategy and unlike the electric TwinZ it is expected to pack a mid-engine, rear-drive layout like some of the past hot hatches, the Renault 5 and the Clio V6.