Renault Fluence's Korean cousin Samsung SM3 gets updated for MY2014

The Samsung SM3 is nothing but a rebadged Renault Fluence for the South Korean market. Regular Indian Autos Blog readers know that the sedan received a facelift a few months before the Fluence was refreshed. While Renault came up with a comprehensively redesigned front fascia for the Fluence, its Korean subsidiary, Samsung opted for a few nips and tucks. The old fashioned front grill made way for a bigger and more conventional looking element, and the digital instrument console had been added. 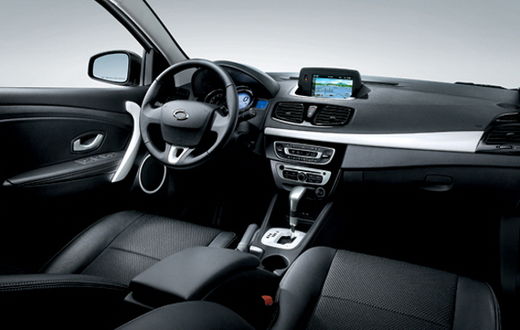 Now, the SM3 sedan gets a 2014 model year update which gets minor revisions. A new XE mid-level variant has been added to the lineup with the hope of offering a balance between affordability and sportiness.

The XE variant comes with a black roof, black ORVM housings and 17" alloy wheels. On the inside the interior is finished with black and white dual theme. A white strip splits the dashboard horizontally and there is also a white accent surrounding the gear lever. The AC vents are finished in glossy black color. The 2014 Samsung SM3 also gets new seat fabrics.

For India, the Renault Fluence would get the facelift which was unveiled last year at Turkey, sporting Renault's latest family look. It's only a matter of time before the CKD kits of the current car depletes and the refreshed Fluence is assembled at the Indian plant.